Lily James Talks About Liquid Diet For Her Cinderella Role 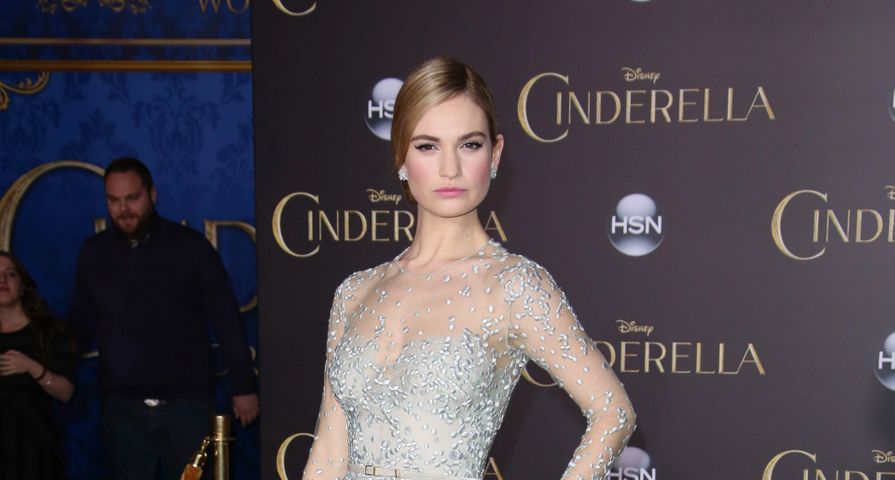 65 years after Walt Disney Pictures released their iconic animated Disney classic Cinderella, the company revived the age-old story taking a turn at the fairytale themselves but this time in a live-action film.

Downtown Abbey star Lily James, 25, landed the starring role for the anticipated film but portraying the fairytale princess was far from glitz, glamor and magic slippers. The film’s signature blue Cinderella ball gown is most definitely gorgeous and James looks stunning in it, but it also confirms the saying, “beauty is pain,” it also features a very tight corset.

Disney has come under fire from critics who say they digitally altered James in the film to make her waist appear smaller but she says that isn’t the case. “I have naturally quite a small waist. And on top of that I have a corset that was pulled me into the inch of my life… And then the skirt is so big that the the perspective and the proportions make it look smaller than it is.”

To be able to fit into the corset in the first place however limited the actresses’s diet quite a bit while on set. “When [the corset] was on we would be on continuous days, so we wouldn’t stop for lunch or a lovely tea like this. You’d be sort of eating on the move. In that case, I couldn’t untie the corset.”

“If you ate food it didn’t really digest properly, and I’d be burping all afternoon in [Richard Madden’s] face, and it was just really sort of unpleasant. I’d have soup so that I could still eat but it wouldn’t get stuck,” she explained.

The naturally slim James also stated however that she does not believe in the pressure to be thin, “I think it’s so important to be healthy and confident and natural and not put too much stress on trying to be thin. I don’t get the thin, thin thing at all. It doesn’t make any sense to me.”