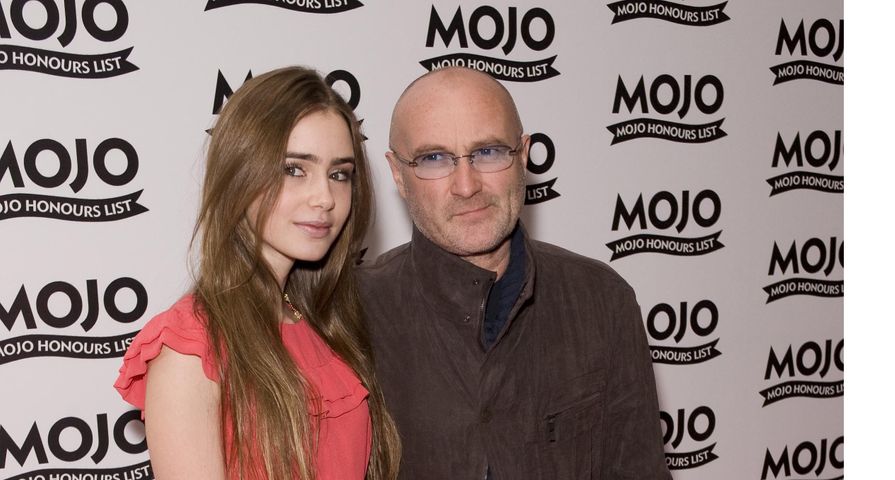 Actress Lily Collins has made a name all her own in the world of Hollywood, but there is no escaping the fact she is the daughter of famed singer Phil Collins.

Now, in a new book of essays “Unfiltered: No Shame, No Regret, Just Me” she has opened up about her difficult relationship with her father including an emotional letter of forgiveness to her dad.

The 27-year-old writes, “Because my dad was often gone, I never wanted to do anything that would make him stay away even longer. I became extra careful about what I said and how I said it, afraid he’d think I was angry or didn’t love him. And the truth is, I was angry. I missed him and wanted him there.”

In the book, released on Tuesday, March 7, Collins is trying to help all young girls who are trying to maintain a peaceful relationship with their fathers. She explained that after her parents divorced when she was five, Phil then “moved from our home in England to Switzerland, where he stayed for more than twenty years.”

“I’ve realized that many of my deepest insecurities stem from these issues with my dad,” she writes. “It’s taken me over a decade to resolve some of them (others I’m still resolving) and to finally build up the courage to speak my mind to him.”

The Mirror, Mirror actress also writes, “We all make choices and, although I don’t excuse some of yours, at the end of the day we can’t rewrite the past,” Lily wrote. “I’m learning how to accept your actions and vocalize how they made me feel. I accept and honor the sadness and anger I felt toward the things you did or didn’t do, did or didn’t give me.”

Collins also wrote throughout her letter that she hopes one day her dad will take the time meeting the woman she has now become, and offering forgiveness. “I forgive you for not always being there when I needed and for not being the dad I expected,” she writes. “I forgive the mistakes you made.” She concludes with, “There’s still so much time to move forward. And I want to. I’m inviting you to join me. I’ll always be your little girl.”