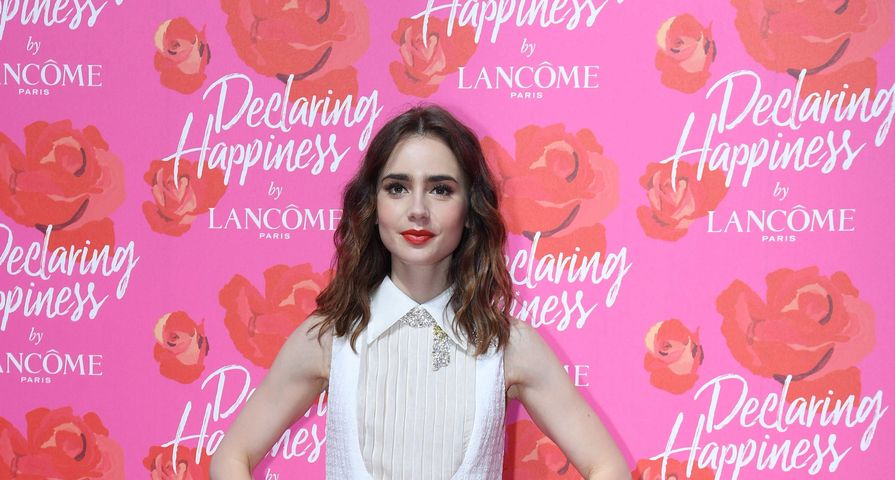 Lily Collins recently had to lose a significant amount of weight to play a woman with anorexia for her upcoming film in Netflix’s original To the Bone and was shocked when a friend complimented her slim figure.

Collins had previously struggled with eating disorders herself and opened up to The EDIT about the experience. “I was leaving my apartment one day and someone I’ve known for a long time, my mom’s age, said to me, ‘Oh, wow, look at you!’ I tried to explain [I had lost weight for a role] and she goes, ‘No! I want to know what you’re doing, you look great!’ I got into the car with my mom and said, ‘That is why the problem exists,’ ” Collins revealed.

Her weight for the film was so low that magazines refused to shoot her for any stories. “I was about to embark on press for Rules Don’t Apply and I was told that a lot of media did not want to put me in their magazines. Not just on the cover — they wouldn’t put me inside looking the way I did, even though it was for a movie,” Collins says. “I told my publicist that if I could snap my fingers and gain ten pounds right that second, I would give anything to do that. I never thought I’d ever say anything like that!”

The actress also confessed that playing a woman battling anorexia helped with her own recovery as well. “When I went through my eating disorder, I never sought medical assistance. I created myths in my head about how I should get through things, so the idea that I could surround myself with truth and feel comfortable enough to speak mine allowed me to breathe,” Collins says.

To read the full interview with Lily Collins, read The EDIT at Net-A-Porter.com.