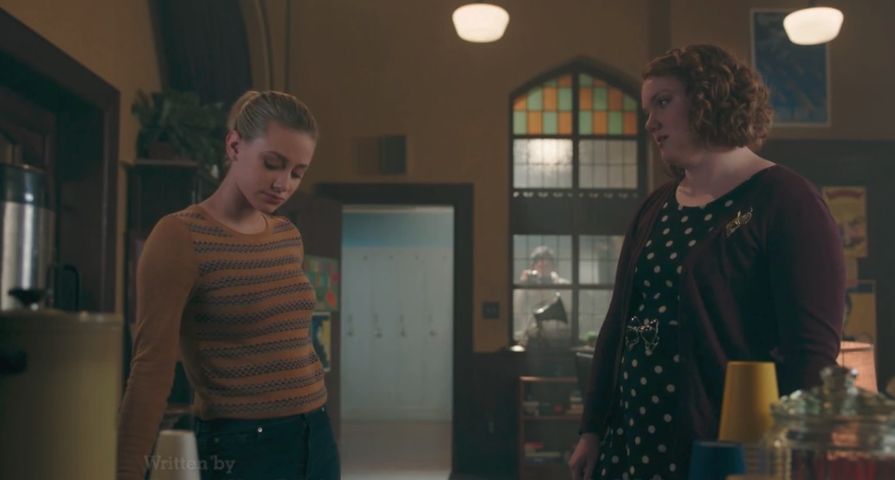 Riverdale Season 3: Everything We Need To See And Questions We Need Answered
CW

Actors and actresses know that when it comes to social media fans are more vocal than ever about their passion for certain shows and characters, something Riverdale star Shannon Purser learned the hard way.

In last week’s episode of the teen mystery drama, Purser’s character Ethel kissed Cole Sprouse’s character Jughead, and it certainly did not sit well with fans who can’t get enough of Jughead and Betty’s “Bughead” relationship.

It didn’t take long for those fans to go to social media to attack Purser, apparently not disassociating her from her character.

According to PopBuzz, Purser responded to some fans on Twitter before deleting those tweets, but since then, Purser’s costar Lili Reinhart, who plays Betty, has jumped in to share her thoughts on the situation

“Shannon is my friend, and it is embarrassing that people felt the need to attack her personally for something that happened on a SHOW. Written by WRITERS,” Reinhart tweeted. “You are not a fan of mine if you treat my friend like this.”

Reinhart wrote the Tweet in response to an account called Riverdale News! which Tweeted a Teen Vogue article talking about the attack Purser had faced on social media, and added, “Your daily reminder that bullying a cast member over a FICTIONAL ship is never ok. Please get a grip on reality.”