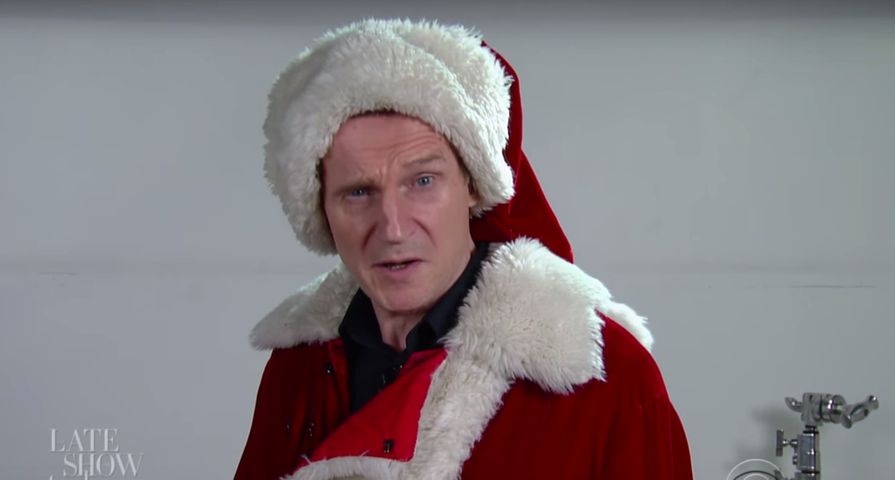 Everyone knows that Liam Neeson has a “particular set of skills,” but as it turns out those skills do not include being Santa Claus.

The beloved Irish actor appeared on The Late Show with Stephen Colbert where he took part in a hilarious skit where he auditioned for the role of Santa Claus, but it seems he just couldn’t shake his iconic Taken character Bryan Mills.

Dressed as Father Christmas, Neeson growls at the camera, “I see you when you’re sleeping. I know when you’re awake,” and it is safe to say it is not as jolly or innocent as it is intended in the well known Christmas song. After being told to “be a little more jolly,” and “think Santa,” Neeson almost gets more terrifying as his grin looks more like a grimace.

As the audition clearly isn’t going well, he tries to explain to the director his understanding of Santa’s character. “He’s detailed, he’s single minded, he’s an eye in the sky bringing swift judgement.” Neeson goes on to add, “Let me tell you something about that reindeer that ran over grandma. I will look for him…I will find him…And I will kill him.”

The hilarious audition comes to an end shortly after as Neeson declares, “Release the Kringle!”

Check it out below: