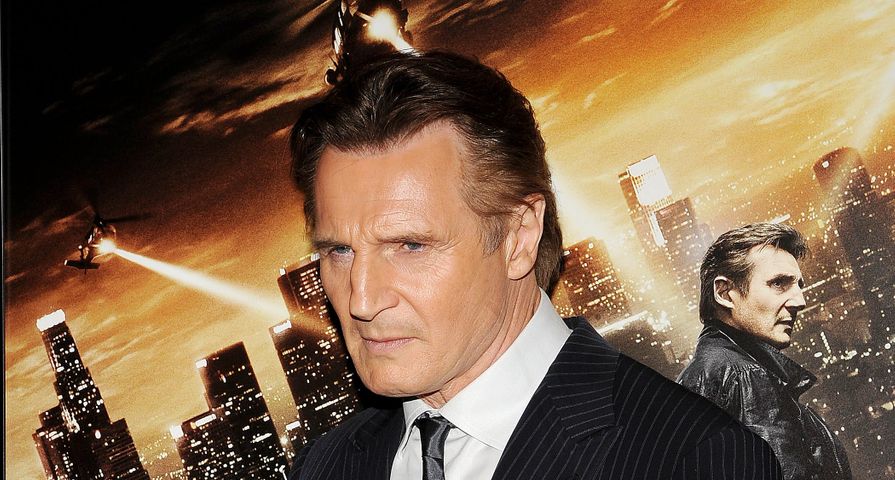 At 62-years old actor Liam Neeson launched a surprisingly successful career as an action hero and continues to cash in repeatedly with his role in the Taken franchise.

His role of Bryan Mills in the films is known for kicking a– and killing people, often with guns, yet the actor let it be clearly known he is not okay with the number of guns in the U.S.

While promoting the launch of Taken 3 in Dubai, the Irish-born actor made an expletive filled speech about what he thinks about the gun debate in America.

“There’s just too many [f–king] guns out there. Especially in America. I think the population is like, $320 million? There’s over 30o million guns, privately owned, in America. I think it’s a [f–king] disgrace. Every week now we’re picking up a newspaper and seeing, ‘Yet another few kids have been killed in schools.'”

Although his character is a gun-toting killing machine, Neeson was quick to distinguish between the movies and real life explaining that “watching cowboy movies did not turn me into a killer.”

“A character like Bryan Mills going out with guns and taking revenge: it’s fantasy. It’s in the movies, you know? I think it can give people a great release from stresses in life and all the rest of it, you know what I mean? It doesn’t mean they’re all going to go out and go, ‘Yeah, let’s get a gun!'”

The success of 2008’s Taken resulted in Taken 2 in 2012 and now Taken 3 this year, with Neeson pulling in $20 million for the last film- becoming one of Hollywood’s highest paid actors.