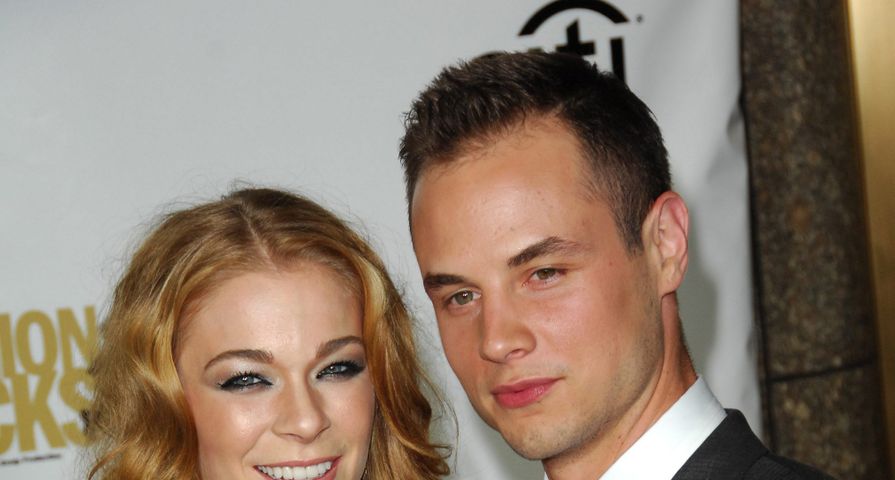 There have been many scorned celebrity exes who could not contain their anger and were eager to dish on all of their famous exes’ dirty laundry, but one man who has seemingly taken it all in stride is LeAnn Rimes’ ex-husband Dean Sheremet whose separation was dragged through the tabloids.

Although reports stating that Sheremet is writing a sordid tell-all of his ex-wife cheating on him with her now husband Eddie Cibrian are false, he did give his first ever candid interview.

The interview with Nat’s Next Adventure is quite extensive and it is important to note that it isn’t about bashing Rimes or her new relationship, Sheremet is finally just telling his side of the story and of being in love, being “destroyed” and finding his way again.

In the interview Sheremet admitted that they were a “great team” but thinks her career tanked after divorcing him, “When we were working together, we were brilliant. The dumbest thing she ever did for her career was divorce me. Because we were such a good team. The last hit song she had was when she was with me.”

He goes on to state that he never thought she would cheat, “never in a million years,” saying that she “needed” him too much and if anyone needed to get a hold of her, they would go through him but then he said when he first met Cibrian he didn’t trust him.

“He was a good looking guy…If you’re in a room with him, he’s probably one of the most charming people you’ll ever meet. But I wouldn’t trust him as far as I could throw this f–king table….he just felt like one of those guys from the beginning […] But I wasn’t worried.”

Sheremet also opened up about the type of person Leann is – and her incessant need to feel accepted. “She really lives on the adoration of others. I could be speaking out of turn but this is my perspective,” he said. “She lives and dies on the perception of herself. I sympathize with that cause she’s been famous since she was 12-years-old so she doesn’t know anything else. In LA, there’s the paparazzi and that false sense of success, false security that you’re still relevant. If you’re in the magazines, then you matter”

Probably one of the most emotional stories he tells of the infidelity is when he found out after returning to the movie set Rimes and Cibrian were starring in together, Sheremet had left for a week to go home and when he came back he knew.

“I’ll never forget this, there was this bar that everyone hung out at after set and I remember coming down the stairs and seeing the two of them shooting pool together. I could just tell by the body language that everything had changed. She’s shooting pool, shooting tequila, in a tight tank, tight jeans, over the knee boots and she’s standing across from him, playing with the pool cue. All of a sudden, there was a huge shift. My stomach dropped. I literally felt hit.”