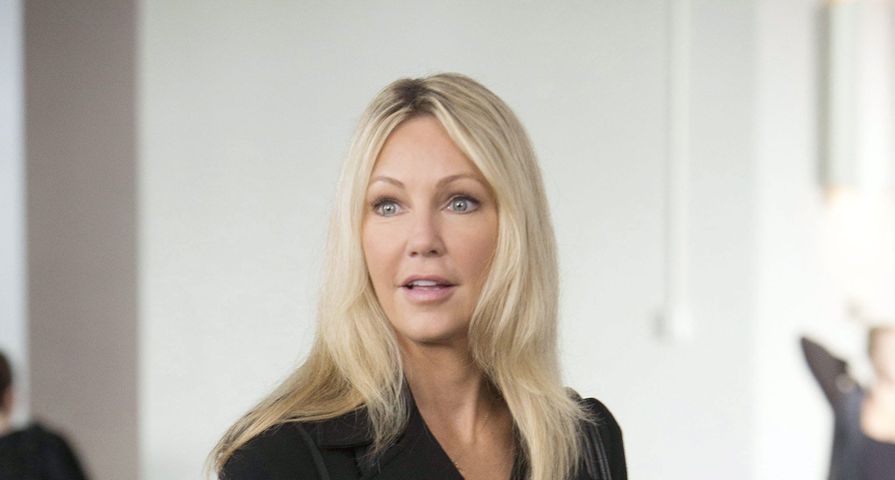 Beloved actress Heather Locklear has had a few run-ins with the law and lately and the most recent over this past weekend proved to be quite difficult.

Law enforcement and first responders were dispatched to the actress’s home after they received a call for a “suicidal” person “who is violent,” according to an incident report from the Ventura County Fire Department. The report added that Locklear was then transported to Los Robles Hospital for a psychological evaluation.

According to TMZ, a family member of the Melrose Place alum called 911 after the actress began threatening to kill herself, and while she does have a handgun registered to her, did not have it present. The family member also stated that Locklear was “agitated and violent,” and was looking for a gun so she could shoot herself.

“At that location we contacted a person who had medical needs, and they were treated by the Ventura County Fire Department, and they were later transported to a local hospital,” Capt. Garo Kuredjian said. “There was no criminal activity. The person was not arrested.”

A source close to Locklear told PEOPLE that those closest to her have been desperately trying to get her the proper help she needs. “[Heather] is clearly not getting the proper medical and mental health help she needs,” said the source. “It’s not just about rehab for addiction issues, but about getting a proper evaluation and help for the underlying mental health issues. She isolates herself, which only feeds into the other issues. Of course, you can’t force someone to get help — they have to want to — but it’s hard for someone who is sick to make smart choices and keep at it. She has family and friends who are desperately trying to help.”

Back in February, the 56-year-old actress was arrested for suspicion of felony domestic battery and battery on a police officer