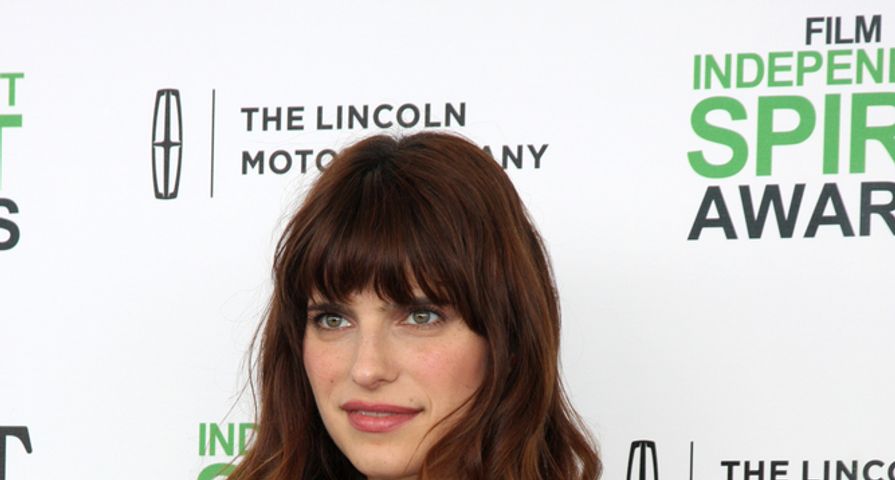 If you’ve got it, flaunt it!

A baby bump, that is.

Since Lake wore simple makeup with her chestnut brown hair pulled back into a ponytail, her baby bump was center stage. The 35 year-old writer-director-star of In a World… announced her pregnancy last week at the Tribeca Film Festival party hosted by Vanity Fair, where she wore a burgundy jump suit that also featured her pregnant belly.

By Lake’s side was her husband Scott Campbell, a tattoo artist she met on the set of the HBO show How to Make It in America in 2011. They got married in New Orleans in the summer of 2013, with a guest list including stars like Jennifer Aniston, Justin Theroux, Cameron Diaz, Eva Longoria and Kate Bosworth.

Her baby bump hadn’t developed yet when she posed for the cover of the May 2014 issue of Esquire. In the interview, she discusses acting, directing and even marriage. “Marriage is traditionally old-school in many respects. It is highly antiquated, and, that being said, beautiful,” she said.

Lake will appear alongside Jon Hamm in the upcoming family baseball movie Million Dollar Arm, which hits theaters May 16. “It’s sweet. And it’s a true story,” she told Esquire. “You’re going to cry.”

We’ll also be seeing more of her directing projects in the future. “If I write something and I’m going to put in all that love and energy, I want to direct it,” she explained.