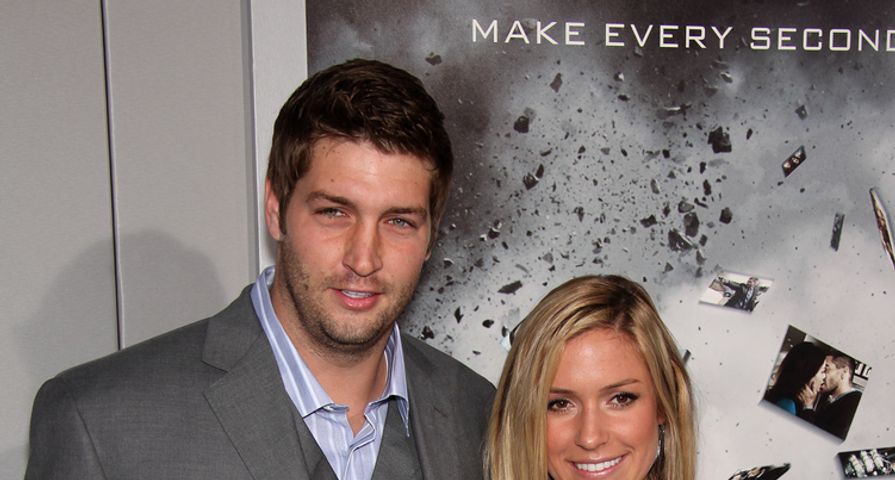 Kristin Cavallari is going to be a mom – for the third time!

The reality star from The Hills, who is married to football player Jay Culter, announced on social media this week that she is pregnant with the couple’s third child.

“We’re at it again! Thrilled to announce baby number 3 is on the way! The cutler crew just keeps growin’!” Kristin wrote on her app, while also sharing an adorable family photo.

In the pic, Kristin makes a heart shape with her hands around her growing belly while posing with her two boys, Camden Jack Cutler and Jaxon Wyatt Culter.

Kristin, 28, gave birth to Jaxon just a year ago. She told E! News that she’s been lucky when it comes to her pregnancies. “Both pregnancies have been really easy for me, I’ve just been really tired,” she explained. “It’s just one of those things where I could literally sleep all day everyday but I’m snapping out of it a little bit now that I’m in the second trimester.”

She also says that having kids has changed her body in an unusual way: she’s too thin!

“I don’t know why or how but after I had children my body literally changed and now, for me, it’s about trying to keep muscle on so I don’t look too thin,” she said.

“Because it’s very easy, especially because I have no curves, that I can look really skinny and I don’t like that look.”

Also Check Out: 9 Celebrities Who Will Get Pregnant In 2015!