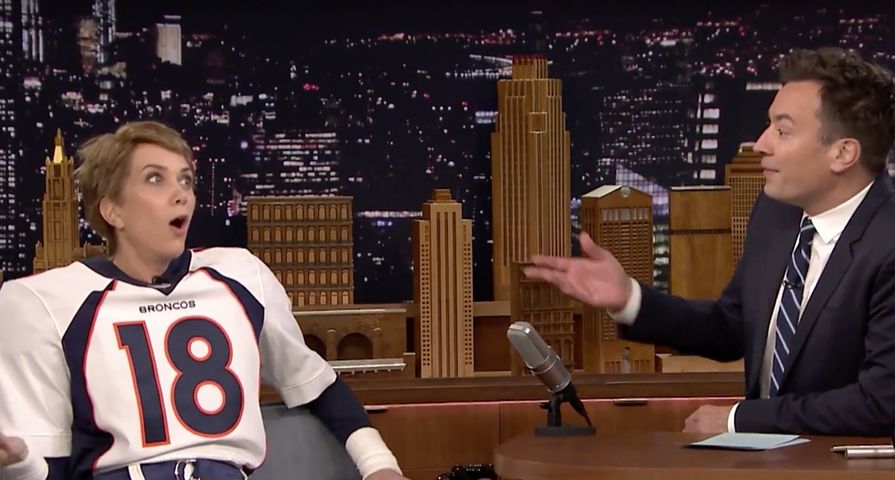 Kristen Wiig has taken on so many celebrity impersonations over the years, and she nails each and every one from Harry Styles to Daenerys Targaryen, and her Jimmy Fallon interviews as those people are hilarious each and every time.

Now, Wiig has used her comedic prowess to channel her inner Peyton Manning, appearing as the Super Bowl winning quarterback on The Tonight Show with Jimmy Fallon on Thursday, Feb. 11, a day after the real Peyton Manning appeared in person.

Wiig transformed herself into the football star by wearing a full Denver Broncos uniform and her hair pulled into a short-cropped wig. While she looked the part, she hilariously did not have an in-depth knowledge of the sport. “Peyton Manning, I can’t believe… first of all, I can’t believe you’re still wearing the uniform all week long,” Fallon stated. “Thank you for doing this. I know this is last minute. You look good.” Wiig replied, saying she was “still so tired” from Sunday’s Super Bowl 50 win and added, “I tried really hard. I’m thinking I’m so far from the line. I’m far away from the line and I have to get it to the… I gotta do it, gotta get this ball to the guy.”

Check out the video below for the entire hilarious interview!