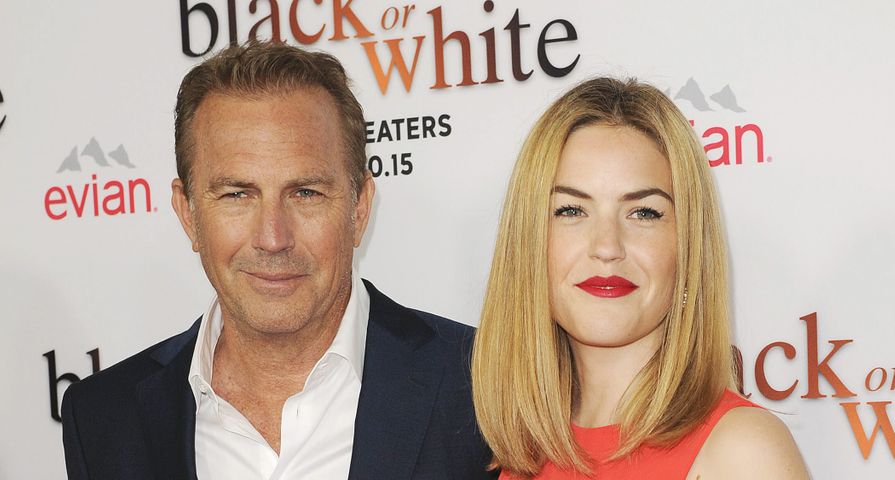 Kevin Costner has finally brought his passion project Black or White to theaters — and he’s sharing it with his stunning 28 year-old daughter, Lily.

At the film’s premiere in Los Angeles, Lily stood by her dad with style in a long red gown with side cutouts, simple black heels, a small black clutch and bold red lipstick. She appears in the racially-themed movie, where she gets to show off her singing voice.

“I just look at her and adore her,” Kevin gushed. “And to look at her and see her last night, very composed…she’s almost like my career. I didn’t happen ’til I was 28 years old.”

“She’s a beautiful singer,” he continued. “Originally, someone else was going to sing in Black or White and they wanted more money than I had — and finally, it turned out to be better. And you saw how effective she was.”

Lily has dabbled in other films throughout her career, first starring in the Babysitters’ Club movie at age 9. Later, she appeared beside her dad in The Postman. She also served as Miss Golden Globe in 2004.

Lily is the second-oldest of Kevin’s children. She has two full siblings (Annie, 30, and Joe, 26) and four half-siblings, who vary widely in age.