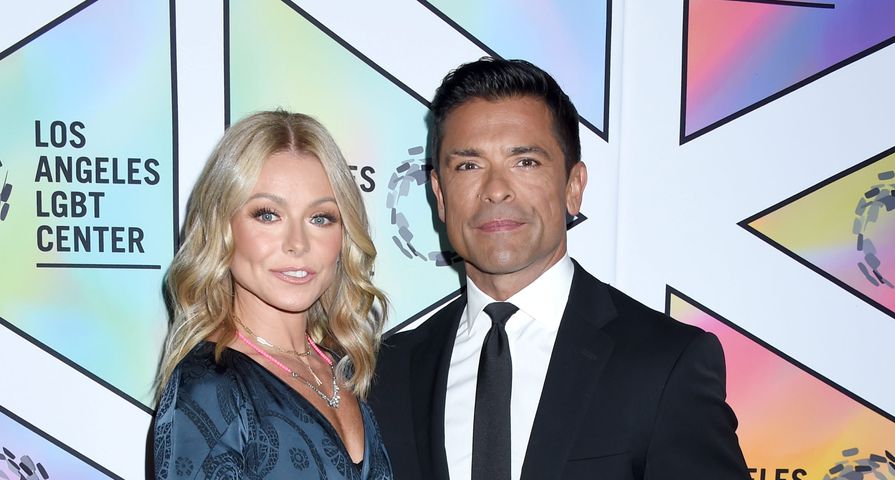 Fans of Riverdale know that things are exactly good between Hiram and Hermione Lodge, and as it turns out they didn’t have to look far in casting Hiram’s new mistress.

On Tuesday, November 6, Mark Consuelos’ real-life wife Kelly Ripa took to Instagram to share the big news that she would be joining her husband on Riverdale as his character’s mistress! “It’s a family affair……..Hiram’s mistress. 23 years of auditioning for a role i was born to play. Coming soon to the @thecwriverdale,” she wrote alongside a photo of herself sitting in Hiram’s study.

Ripa will guest star for an unspecified amount of episodes as Mrs. Mulwray, a woman the CW describes as “confident and tough.” As Hiram’s supposed mistress, Mrs. Mulwray is a beautiful, icy femme fatale who finds herself embroiled in a conspiracy much bigger than she initially thought.

Of course, this isn’t the first time the series turned to Consuelos’ immediate family when it came to casting. In the Wednesday, November 7 episode of Riverdale called “The Midnight Club,” Ripa and Consuelos’ son Michael will portray a young Hiram Lodge in an extended flashback.

The flashback episode will have all of the Riverdale teens portraying younger versions of their parents.

After it was announced that the couple’s son Michael would be portraying his real-life father, both Consuelos and Ripa took to social media to joke about their son’s new role. “Bucket list moment for Mom and Dad,” Mark wrote on Instagram, alongside a photo of him and Michael. “Congrats to my son Michael on being cast as the younger (and much better and handsomer) Hiram.. We are so proud. Love you MJC #riverdale #bucketlist.”

“Congrats Michael on being cast as young Hiram Lodge on @thecwriverdale,” Kelly wrote on her own page, joking, “However @instasuelos and i would like to take this opportunity to remind you and your siblings that as your fiduciaries we are hereby entitled to 10% of all future earnings hereto wit, or something like that.”