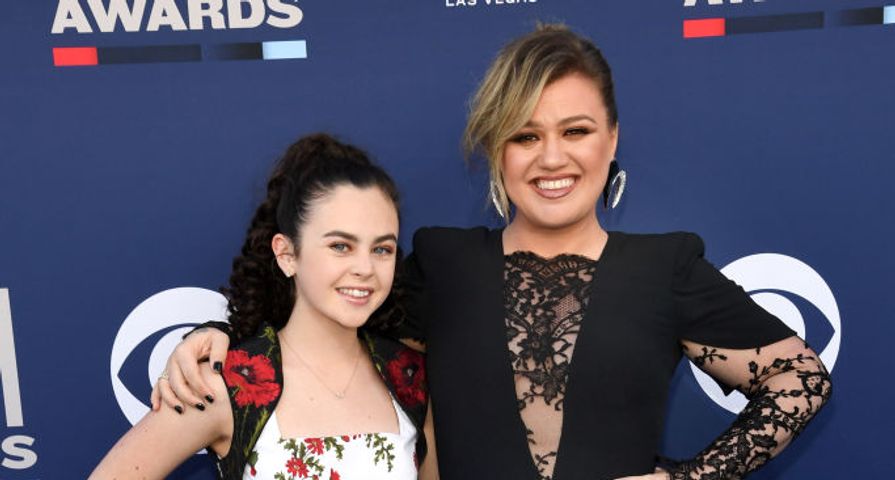 Kelly Clarkson has been known to reply to negative comments and stick up for those around her on her social media, that’s why it isn’t surprising that she came to the defense of 16-year-old The Voice winner Chevel Shepherd over the weekend.

Shepherd, who won season 15 of the show with Clarkson as her coach, and Clarkson both performed at the 2019 Indy 500 on Sunday, May 26 where Clarkson sang the National Anthem and Shepherd sang “God Bless America.”

It seems some were not fans of Shepherd’s performance however and took to their social media to share their criticism, including one social media user who decided to direct their thoughts at Clarkson. “Absolute WORST version of God Bless America I’ve ever heard,” the user tweeted at Clarkson.

It didn’t take long for the singer to reply however, tweeting,“I didn’t actually sing that song today but the 16 yr old girl that did, nailed it. Also, think about the fact that U signed in online & took the time 2 drag a 16 yr old girl.” She added, ” Really think about it because Ur showing the worst side of U & I have faith that you’re cooler than this.”

In December of 2018, many fans were surprised when Shepherd won season 15 of The Voice and the win created a lot of controversy online.

“I am still hyperventilating,” Shepherd told reporters after the show. “I am very blessed. … I am super excited.”

“It’s been crazy just getting the opportunity,” she continued. “Not many teenagers, not many 16-year-olds, get the opportunity to stand on The Voice stage and sing on national television for the world and get mentored by Kelly Clarkson and Mariah Carey and Thomas Rhett. It’s just been awesome, and it’s been life-changing.”