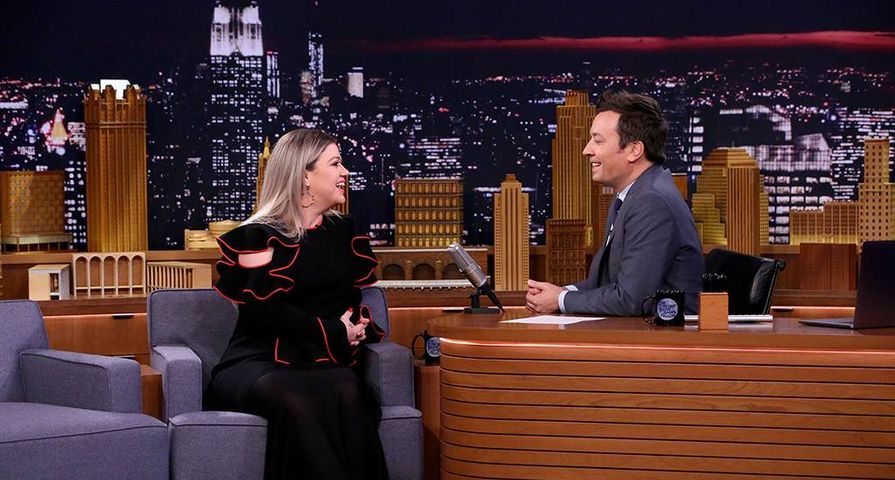 Kelly Clarkson loves to talk, which is great for her new gig, but sometimes she says a little too much!

The beloved singer and The Voice coach sat down with Jimmy Fallon on his late night talk show where she accidentally revealed that before long she would be in the hosting chair of her very own talk show!

While discussing Clarkson’s The Voice win last season, the singer talked about what is next and bringing the winner, Brynn Cartelli, with her on tour when she said, “I’m doing this thing to kind of prep for my talk show that’s gonna be next year.”

“This is a big announcement because it’s not been announced yet,” Fallon pointed out, interrupting her flow. “You’re getting your own talk show.”

Clarkson then went on to reveal that her show will be airing in the block right before The Ellen DeGeneres Show in the afternoons and she couldn’t be more thrilled about it! “I didn’t think I’d ever do it. I love talking; it’s like my favourite pastime,” Clarkson said. “It’s hard for me to shut up, though.”

She added, “You have to listen to people who come on your show. And I just keep talking,” and also revealed that her show will be heavily based on music and will have a different vibe than other talk shows.