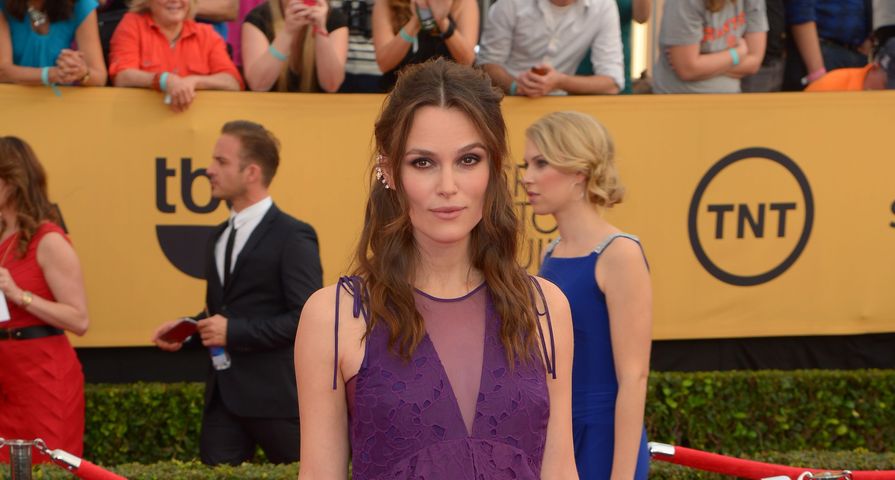 If you have ever gone to look up Keira Knightley on Google odds are it had to fix her name for you as Keira is most often spelled Kiera and the actress recently revealed it is in fact a spelling error, not a choice to spell it differently.

“I was meant to be named ‘Kiera’, after a Russian ice skater who was on the TV one day. My dad fancied her and nicked her name for me. But it was my mum who went to register my birth, and she accidentally spelled ‘ei’ instead of ‘ie’ because my mum’s crap at spelling,” she told Elle UK for their March issue which she graces the cover of.

Evidently her father wasn’t too pleased about the mistake after picking out the name, “Apparently, when she came back he said: ‘WHAT THE F–K? You’ve spelt her name wrong!’ What were they going to do, though? Once it’s on a piece of paper, it’s on the piece of paper. And that’s me. A spelling error,” she joked.

Knightley’s discussion around her name could be due to the fact the 29 year old is expecting her first child with husband James Righton and the two are probably pouring over what to name their baby.

Being pregnant during awards season has also meant Knightley has had to expand her wardrobe leading to many having their own opinion about her maternity style so far, but she made it very clear she doesn’t care what anyone thinks of her style.