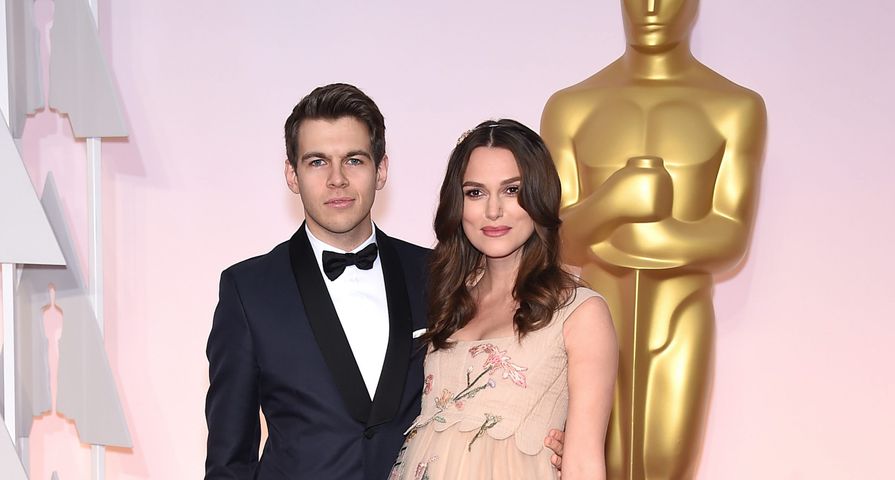 On Tuesday, May 26 The Imitation Game actress gave birth to her first child, a daughter, with husband James Righton multiple sources have confirmed.

News leaked that Knightley was expecting back in December and throughout awards season she proudly displayed her growing baby bump with her husband by her side.

The two kept the sex of their baby a secret and while they have not yet revealed the name, Knightley is probably relieved to have a girl after revealing on The Ellen DeGeneres Show that she feared having a boy.

“Somebody said to me the other day, the problem with boys is — sorry, this is horrible — but when you’re changing their nappies, you can get the wee in your face…I never knew that before, so it was terrifying. And apparently they roll as well, so you have to try to stop them while you’re trying to grab something else in order to stop them peeing in your face. So that sounds quite interesting.”

Knightley and musician Righton, 31, have been married since 2013 after tying the knot in a romantic ceremony in the South of France in 2013. Congratulations to the adorable family!