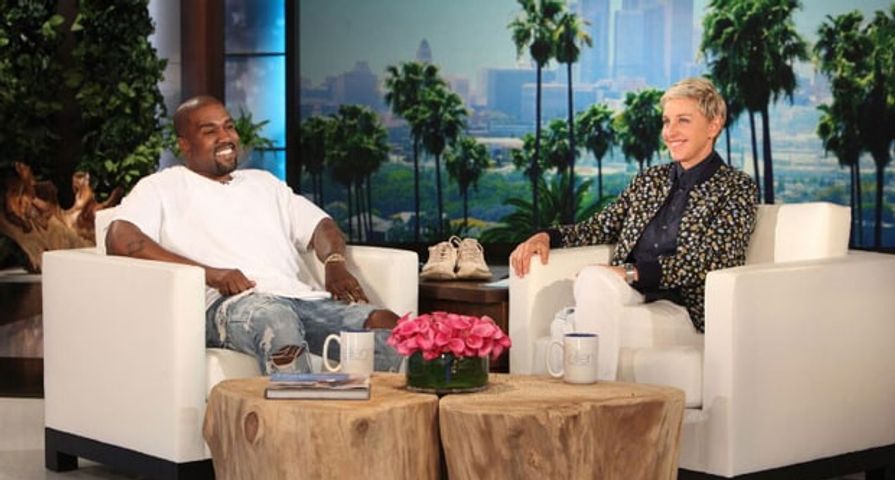 We’ve seen a lot of unusual things on The Ellen Degeneres Show over the years, but nothing quite like this! On Thursday, Ellen invited Kanye West to the show to talk about his most recent aspirations that include publicly asking Mark Zuckerberg, the CEO of Facebook, for 1 billion dollars on Twitter. What should have been a lively conversation between the two quickly turned into an all-out rant by West.

Ellen suggested that West might have been better suited to reach out to Zuckerberg through Facebook. Although West agreed with her, he used this as an opportunity to take over Ellen’s show to deliver a 7 minute monologue about #OscarsSoWhite, his creative music process, and his desire to make a difference. “I understand Mark Zuckerberg doesn’t use Twitter, even though I have had dinner with him and his wife and told them about how I wanted to help the world, and he said he’d help me, and blah blah blah,” he started. Later, he switched his focus to talk about his motivations to change the world. “I care about people. My dad lived in homeless shelters less than five years ago, to find out…he’s a psych major…My mom was the first black female chair of the English department of the Chicago State University. I was raised to do something, to make a difference.”

Even more entertaining than West’s monologue is watching Ellen’s face as he goes on.