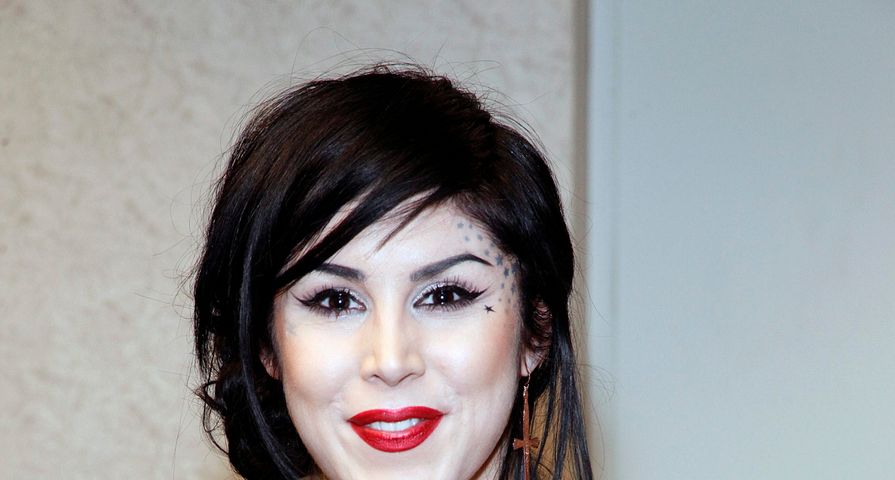 Earlier in the week, renowned tattoo artist Kat Von D received major backlash for a particular name of one of her lipsticks in her Studded Kiss Lipstick line and after it was speculated she was going to have to pull the shade off of Sephora shelves, she is standing by her product and its name.

The shade is called “Underage Red” and was quickly questioned by Sephora shoppers on Twitter who believed she was promoting sexual misconduct and promiscuity to young teenagers.

The reaction has shocked and angered Kat who took to her Facebook page on Thursday March 19 to post a lengthy and passionate open letter. In the letter she explains that the name has been “clearly misinterpreted” and goes on to explain that the name has absolutely nothing to do with the sexualization of young women.

“For me, I can look at a shade and it usually evokes a feeling. Some names, of course, aren’t as sentimental and are more literal, but I remember clearly the day I named ‘Underage Red’,” she began.

“I clearly remember wearing a variation of this shade when I was 16 years old. I also remember the feeling of wanting so badly to go see a specific concert at this age, and not being able to get in to the venue because I was underage […] and although in the eyes of many (including my parents), it may have been inappropriate for me to be wearing lipstick. But I did. ‘Underage Red’ is not a girly, pink shade. It is not sophisticated, deep red either. It is an unapologetic, bold red. To me, ‘Underage Red’ is feminine rebellion.”

She goes on to voice her disgust of those who assumed she was promoting another negative and stands by her line. “So, NO. I refuse to sacrifice my integrity and creative freedom. NO. I will not be pulling ‘Underage Red’ from my collection. And NO. This is not an apology.”

Kat Von D previously had to pull a product back in 2013 when she named it “Celebutard” receiving backlash from developmental disability groups and families.

Also Check Out: 11 Celebrities Who Pull Off Red Lipstick Best