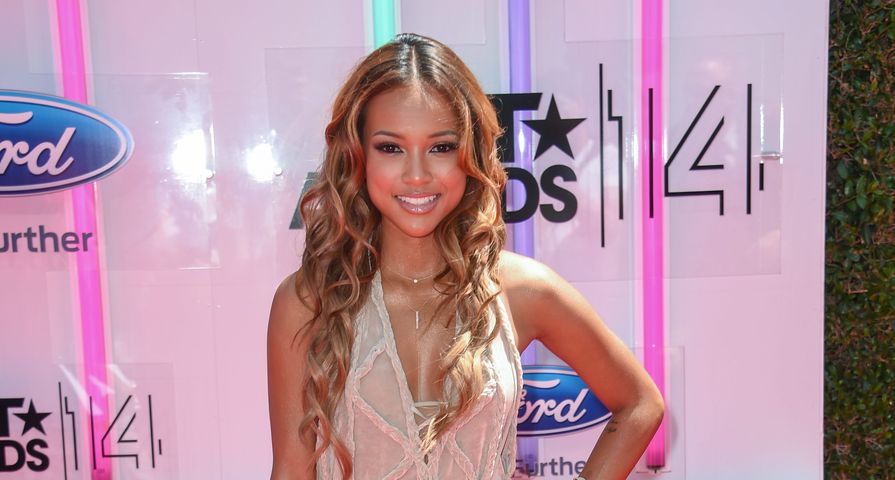 Singer Chris Brown’s four year relationship with on-again, off-again girlfriend Karrueche Tran has seen more than its fair share of drama and while the two have seemingly broken up several times and have had several public fights on social media, they have always reconciled.

It seems however that Tran, 26, has found her limit of drama she is willing to go through for Brown, 25, which is arguably the ultimate baby drama.

Many were surprised yesterday when it was reported that Brown is the father to a 9-month old girl who we now know is named Royalty whom he had with a longtime friend Nia, but no one was more surprised than his model girlfriend, Tran, who found out about the baby the same way as everyone else, the media.

Then in keeping true to what has become the norm for their relationship Tran addressed the story and ended her relationship all in one single tweet writing, “Listen. One can only take so much. The best of luck to Chris and his family. No baby drama for me.”

It seems she wasn’t kidding either as that very night Tran along with a group of friends including Christina Milian and Haley Reinhart went out, had drinks and had some fun.

Looking happy and relaxed Tran and her friends went to Hyde Sunset Kitchen + Cocktails in West Hollywood, “She was all smiles as she said cheers with her friends. She looked completely worry free,” a witness said.