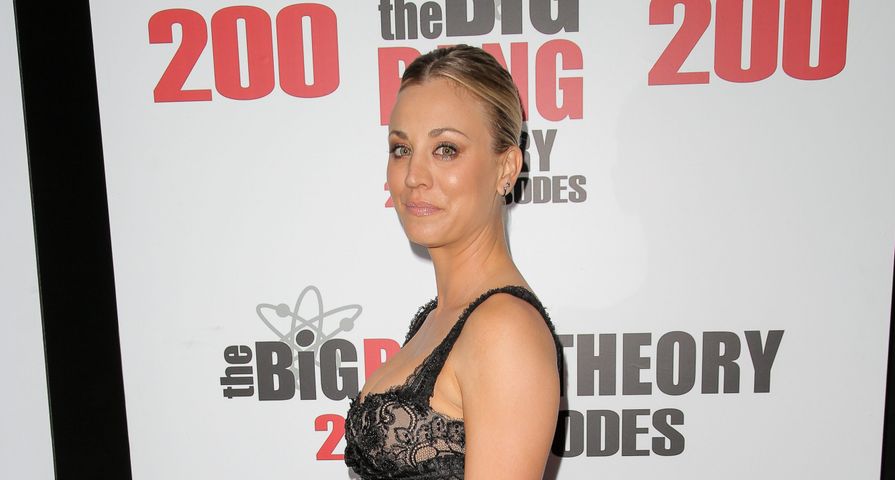 The Big Bang Theory star Kaley Cuoco has had quite the year after she announced her split and divorce from her husband of nearly two years, Ryan Sweeting, in late September 2015.

The pair had dodged rumors of an unhappy marriage after going through a whirlwind romance that saw them engaged after three months of dating and married within six. The 30-year-old opened up about the difficult time in her life to Ellen DeGeneres on Tuesday, February 23. “You know, so I already feel like 2016 is going to be a much better year than 2015. And you know, it’s been rough, but things are going good. I’m much, much better now. I’m in a much better place than I was,” she said.

Cuoco was visibily upset, however, when discussing the end of her marriage. “I know. I know. I know. I had the date tattooed on my back and everything to remind me,” she said before showing off her cover-up tattoo of a moth which she explained she picked because the wings were big enough to cover her wedding date tattoo.

Although her divorce is still fresh, many are wondering who the gorgeous star will date next and all signs pointed to country hunk Sam Hunt after the two were seen leaving a Grammys party together. However, in a separate interview she was quick to squash those rumors saying the two are “really- not,” dating and added, “It’s the same thing every day. It’s not that interesting. I go to the same yoga class. It’s like – it’s getting boring even for myself. I don’t know what’s interesting about it. I really don’t. If I walked out of the stable with my horse, they would say I’m marrying my horse, so it doesn’t matter.”