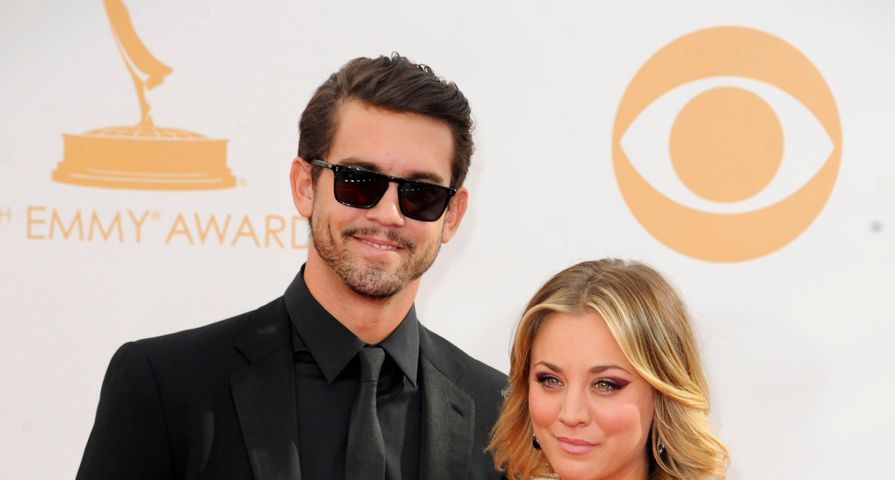 Prenups are a celebrity’s best friend! The Big Bang Theory star Kaley Cuoco has officially finalized her divorce from tennis player Ryan Sweeting a little more than seven months after the pair confirmed they were splitting.

In the months since, reports indicated that the two did have a prenup, but Sweeting was still asking for spousal support and attorney fees from his high-earning ex, but Cuoco got away really well in the final documents when all is said and done. Thanks to their prenup, the 30-year-old actress’s money earned from starring on the hit sitcom is all protected and, according to reports, she signed a whopping $72 million contract for The Big Bang Theory only a couple months after marrying Sweeting in 2013, and she gets to keep all of it!

The documents that were filed on Friday, May 6 also stipulated that she gets their L.A. home as well as their Santa Barbara beach home. As for the 28-year-old tennis player, he is only getting $165,000 from the split, which Cuoco is giving him in two payments. She also has to reportedly pay the $195,000 bill for his two personal trainers as well as the $55,000 in attorney fees. A couple hundred thousand versus her multi-millions seems like a pretty good deal for Cuoco who divorced her hubby after only 21 months of marriage.

Recently, Cuoco has been spotted out and “happier than ever” with her new boyfriend, pro equestrian Karl Cook.