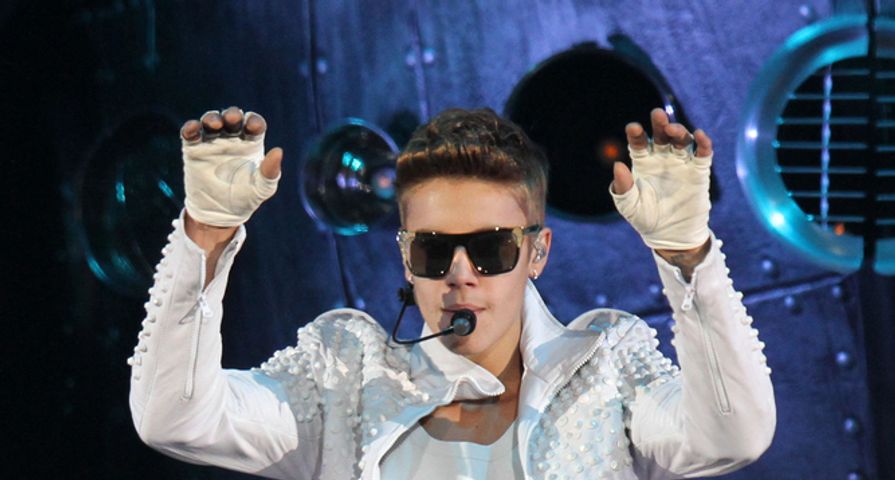 Justin Bieber is baring it all for the world to see.

The 20 year-old singer has not been holding back when it comes to his Shots account. Over the weekend, he shared a photo of himself in which he appears to be nude, showing off his bare chest, muscles and tattoos. All he has on is a gold chain necklace in the dark photo, which he captioned “Night.”

If that photo didn’t get his female fans riled up enough, he also shared a photo of himself wearing a white long-sleeved shirt and cuddling with his lady friends Catherine Paizand Chantel Jeffries. He tagged them both in the caption: “Studio with these fools @chantel @catherine.”

Chantel Jeffries, a model, is the same woman who was with the Biebs when he was arrested leaving a club in Miami in January. She also shared her own photo of the hanging out session, writing, “My Canadian babies trying to take a shots.”

There’s obviously speculation that something romantic is happening between Bieber and Jeffries, but a source told E! News that they’re just friends and that Justin is still together with girlfriend Selena Gomez (that relationship has been on-again, off-again for years now).

Still, Justin was spotted with a mystery woman at a roller rink in Los Angeles over the weekend — so it’s not as though he’s stopped hanging out with other ladies.