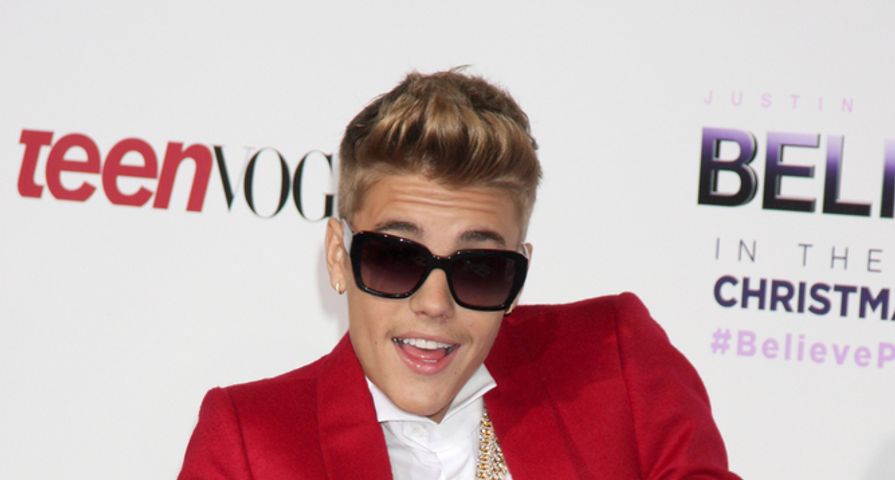 Somebody please smack this kid. The Biebs is out of control. Out. Of. Control. Apparently court-ordered probation is not enough to keep this guy from doing his best impersonation of French-invented, feminine cleansing product.

Justin Bieber posted a photo of Orlando Bloom on Instagram–a photo that makes it look like Orlando is crying. Is Orlando crying? Sure, if you’re unable to think outside the box, it looks like he’s crying. He’s most likely wiping something from his brow, or scratching his head while on the red carpet. But that’s neither here nor there. The Instagram post is just further proof that Justin is a total douchebag and nozzle.

You surely saw the videos of Orlando Bloom giving Justin Bieber a little somethin-somethin’ while the two of them were at a restaurant party in Ibiza. Gosh. Don’t we all wish we could go to Ibiza? We wouldn’t get in fights. We’d honor the location.

Still, we’re placing the onus upon Justin Bieber for the inappropriate behavior, and for the egging on of Orlando, who seemed content to let Justin leave the party in peace. Now, we’re placing the onus upon Orlando to beat the Bieber’s hiney. The kid needs a beat down. You ask anyone who has been wholly arrogant in their past: What did it take to knock the chip off of your shoulder? A beat down.

Maybe if Orlando challenged Justin to a celebrity boxing match, where all proceeds would go to charity? Yep. That’s the play, and it looks like Fame10 is the promoter!

To see how this has escalated quickly, check out the video below!