Justin Bieber Has Two Meltdowns In One Week, Storms Off Stage In Norway 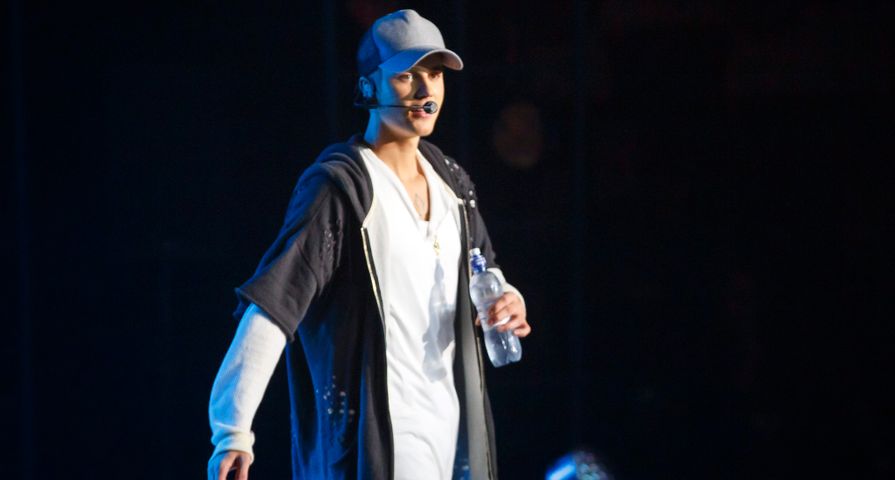 International popstar Justin Bieber has apparently had a “rough week.”

The 21-year-old stormed off a stage during a televised performance in Oslo, Norway on Thursday, Oct. 29, and only the day before he walked out of an awkward radio interview with a Spanish station.

In the video from his Norway show Bieber is seen trying to wipe up something that had spilled at the front of the stage and evidently some of the fans were getting in his way while he was trying to do that, extremely frustrating Bieber. “What are you doing?… I said stop it. Guys, yo, listen to me! I’m trying to wipe the floor, give me a second,” he can be heard saying before finally losing it. “Never mind. I’m done. I’m not doing the show. I’m not doing the show,” he stated as he walked away.

The day before that incident, Bieber was doing a radio interview and was being asked a bunch of strange questions which he was clearly unimpressed with and then the interviewers told him while he was there they wanted to make a video with him “to break the internet.” Although he said, “Okay, let’s do it,” Bieber instead got up and walked out of the studio and did not return.

After it all the “Sorry” singer posted an explanation to Instagram, writing, “Sadly it’s Been a rough week for me, long days no sleep, while having to be “on” as they would say for cameras fans etc. In no way did I mean to come across mean, but chose to end the show as the people in the front row would not listen. Hopefully people will understand where I am coming from. I don’t always handle things the right way but I’m human and I’m working on getting better at responding not reacting. Unfortunately people were affected by this as am I. For the people in the back I am so sorry and for anyone I may have disappointed im sorry. Sorry for wasting the tv people’s time I’ll be sure to make it up to you next time on tour.. With love Justin.”