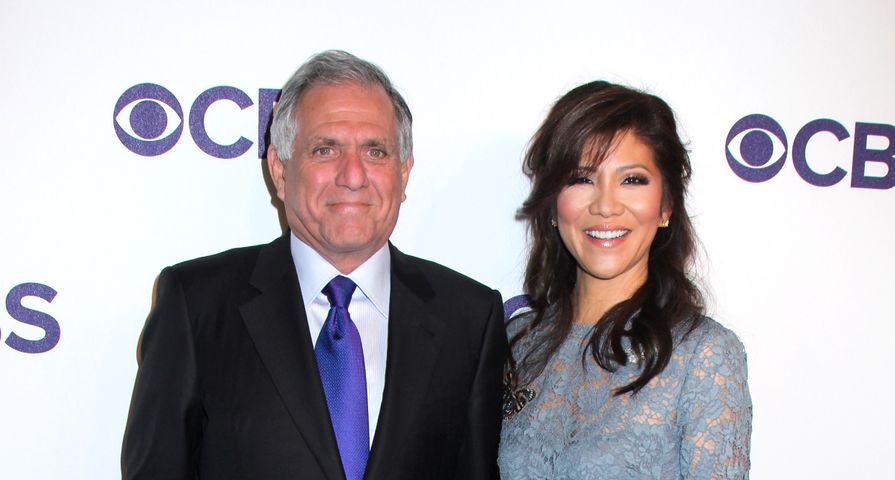 7 Celebrities Who Were Victims Of Extortion And Blackmail
©Steven Bergman/AFF-USA.com

Julie Chen is reportedly leaving her role on The Talk according to multiple outlets.

CNN reports that Chen is going to announce her departure from the daytime talk show on Tuesday, September 18 after her husband Les Moonves was ousted from CBS amid allegations of sexual misconduct.

Chen will reportedly not be present on the show, but will address her departure in a videotaped message to the show’s viewers. “She has decided that her main focus needs to be clearing her husband’s name from accusations made 25-30 years ago and tending to her son,” a source told CNN.

While Chen has served as a co-host and moderator on The Talk since the show first premiered in 2010. Along with her job on The Talk, she also serves as host of CBS’ Big Brother, but has decided to continue on hosting the reality series.

Her exit comes just over a week since it was announced that her husband of 14 years, Moonves, had been removed as the chairman and CEO of CBS and Chen has adamantly stood by her husband as multiple women have come forward accusing him of sexual misconduct.

“I have known my husband, Leslie Moonves, since the late ’90s, and I have been married to him for almost 14 years. Leslie is a good man and a loving father, devoted husband and inspiring corporate leader,” she tweeted.

CBS and Moonves, 68, “will donate $20 million to one or more organizations that support the #MeToo movement and equality for women in the workplace,” CBS said, adding that the donation will be made immediately.

“Moonves will not receive any severance benefits at this time (other than certain fully accrued and vested compensation and benefits),” the network said, explaining that any future payments are contingent upon investigations into the allegations against Moonves and the board’s approval.

After a piece by Ronan Farrow for The New Yorker claimed that six additional women had come forward claiming Moonves had forced oral sex, exposed himself without consent, and used physical violence and intimidation to keep them quiet, he released a statement proclaiming his innocence.

“The appalling accusations in this article are untrue. What is true is that I had consensual relations with three of the women some 25 years ago before I came to CBS,” Moonves said in a statement to The New Yorker, reportedly declining to indicate which of the encounters he believed were consensual. “And I have never used my position to hinder the advancement or careers of women. In my 40 years of work, I have never before heard of such disturbing accusations. I can only surmise they are surfacing now for the first time, decades later, as part of a concerted effort by others to destroy my name, my reputation, and my career. Anyone who knows me knows that the person described in this article is not me.”

Prior to the second report, Farrow published a first piece on Moonves on July 27, after which Moonves admitted to inappropriate behavior in the past. “Throughout my time at CBS, we have promoted a culture of respect and opportunity for all employees, and have consistently found success elevating women to top executive positions across our company. I recognize that there were times decades ago when I may have made some women uncomfortable by making advances,” he said.

“Those were mistakes, and I regret them immensely. But I always understood and respected — and abided by the principle — that ‘no’ means ‘no,’ and I have never misused my position to harm or hinder anyone’s career. This is a time when we all are appropriately focused on how we help improve our society, and we at CBS are committed to being part of the solution,” he continued.