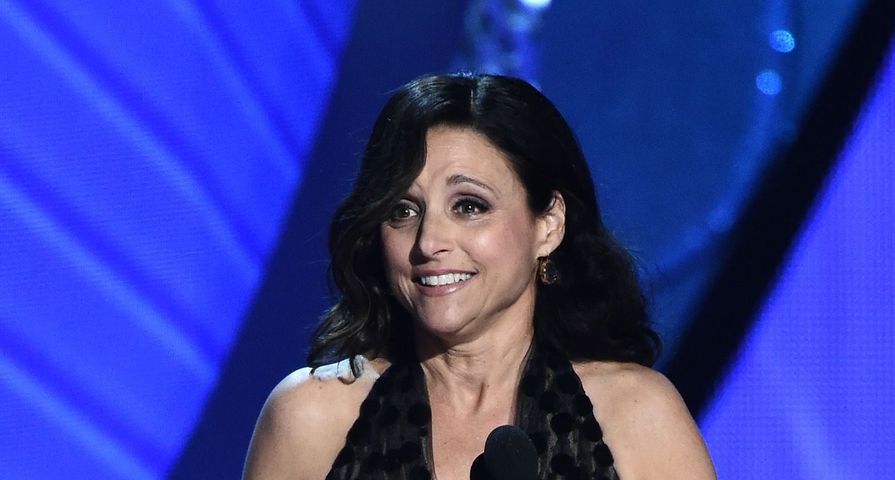 Julia Louis-Dreyfus made history at the 68th Annual Emmy Awards on Sunday, September 19 when she won her fifth consecutive Emmy Award for Outstanding Lead Actress in a Comedy Series, breaking the record that was previously shared by Dreyfus, Candace Bergen and Mary Tyler Moore.

The moment was emotional for the talented actress for many reasons, as she explained in her speech after going through her normal “thank you’s.” The Veep star hilariously commented on her show and compared it to state of politics in U.S.A. right now. “While I’m apologizing, I’d also like to personally apologize for the current political climate. I think that Veep has torn down the politics. Our show started out as a political satire, but now feels more like a sobering documentary. So, I certainly do promise to rebuild that wall and make Mexico pay for it.”

Then, things really got emotional for the actress when she made one last dedication. “Lastly, I’d like to dedicate this to my father William Louis-Dreyfus who passed away on Friday. I’m so glad that he liked Veep because his opinion was the one that really mattered. Thank you,” she said as her voice started to shake.