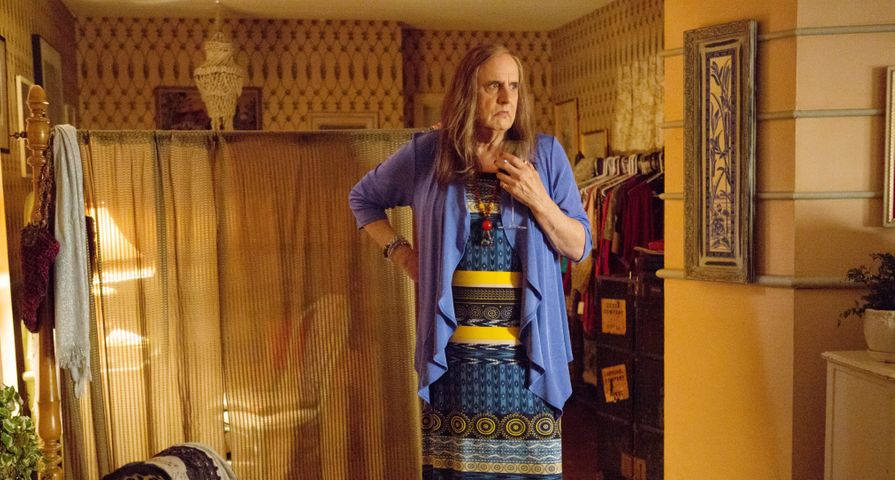 Emmy season is almost here! Next week, the nominations will be announced and we know a bunch of shows that are in desperate need of some recognition. Television is currently in its golden age. There are so many good programs out there right now and, every year, we see more and more. While shows like Breaking Bad and Mad Men come to mind when we think of Emmy-worthy shows, there are a bunch of comedies on TV that are just as good. If you’re as excited for the Emmy nominations as we are, take a look at these 10 comedies that deserve an Emmy nod this year.

Brooklyn Nine-Nine found itself behind the eight-ball to start as critics loved attacking it for no other reason that it starred Saturday Night Live alumni Andy Samberg. Samberg’s sense of humor never translated well to reviews but, with audiences (where it counts), he’s a favorite.

Brooklyn Nine-Nine did better in its first season than anyone expected and earned a Golden Globe nomination (and win) its first time out. Many had assumed that it would translate into the Emmy race but, aside from co-lead Andre Braugher (an Emmy favorite), the show came up short in the big categories. Now, after a year to think about their error, hopefully voters will give the comedy a little more love. While a series nomination may not be as likely, it would be fun to see Samberg break through.

The CW has never been an awards contender. In fact, it has rarely ever been invited to the party without the benefit of being the “plus one” of big sister network CBS. Now, with Jane The Virgin, The CW is in a real position to win over critics and awards.

The one-hour comedy (which successfully lobbied to be able to compete in the comedy field following new Emmy rules) boasts a talented and charismatic young star in Gina Rodriguez and that right there is half the battle. Virgin has found a pop culture foothold and has been holding onto it for dear life. While it is rare for a series to break through with the Emmys in its first year, at least one or two tend to every year and this one has a solid chance of entering the mix in some way shape or form.

The appeal of The Comedians is that it brings Billy Crystal and Josh Gad to the small screen and for FX that’s worth it even if the show’s ratings are just so-so. Many shows have stayed on the air even when the numbers don’t go their way just because Emmy voters have taken notice.

Comedians has its moments, but it took a little longer than expected to find a rhythm. What works in its favor outside of its co-leads is that it is very similar in nature to Showtime’s Episodes in that its characters are playing an exaggerated version of themselves. Episodes has continually pulled in nominations for its lead Matt LeBlanc and that type of humor seems to lend itself well to voters. It will be interesting to see if having two leads utilize that approach results in similar success.

Parks & Recreation has always come “this” close to breaking through with viewers and Emmy voters. The one year voters got it right they slighted the show’s male lead Ron Offerman who, along with Amy Poehler, is what holds the series together. It was clear right there that voters didn’t really understand the comedy.

Though told in the same vein as The Office, the series was never able to reach the same audience and wide-spread appeal. The hope is that with an extra slot added in this year to the lead comedy/drama race and the fact that Parks & Recreation is ending maybe voters will take more one stab at getting it right…or at least will recognize members of its talented cast, which many non-fans may not remember includes Jurassic World star Chris Pratt.

Unbreakable Kimmy Schmidt presents an interesting situation for all involved as viewers need to remember NBC originally picked up the Tina Fey/Robert Carlock creation. Yet when it became clear NBC wasn’t going to be able to give it the launch it had intended to during the midseason period, Netflix swooped in and made an offer for the rights.

This is the first time a streamer like Netflix has made a deal for a show that was already picked up by a broadcast network…and, if it results in a Emmy nomination, it will be interesting to see the industry reaction. Schmidt probably wouldn’t have had the same level of success its having now had it stayed on NBC, but that goes to re-enforce the changing of the times and expanding streaming marketplace. Expect Schmidt’s lead Ellie Kemper and breakout supporting star Tituss Burgess to be part of the conversation even if the show slips out of contention.

Louie C.K.’s self-titled series has always been an Emmy favorite…to the point you can tell it’s not something its low-key creator is always comfortable with at times. Still Louie continues to pull in nominations across the board, but is still looking for that top prize.

The show’s success should easily continue again this year as the series’ most recent round of episodes kept the critics and viewers happy. It has also continued the guest-star parade that the series is known for and has seen pay off around Emmy time. Louie’s numbers may not be that high, but it finds itself in a similar situation to network neighbor The Comedians in that Louie C.K. is a name executives want on their roster and, because of that, awards mean way more than ratings.

Transparent is seen by many as the series that could finally knock five-time champion Modern Family off its pedestal, but then again so was Girls, Glee, Orange Is The New Black and countless others that were felled by the brilliant ABC ensemble laugher. The Amazon series has recently slipped a few spots, losing ground to Modern Family and HBO success stories Veep and Silicon Valley (as well as CBS juggernaut The Big Bang Theory). Yet a lot of that has nothing to do with quality and everything to do with the natural ebb and flow of the season.

Still, Transparent has the chance to make history as a win would help Amazon top Netflix in earning the first Emmy in the awards’ top category. As it stands, star Jeffrey Tambor is expected to win Best Actor in a comedy, which would also put it in territory Netflix has yet to reach. Keep an eye out for this one as it is going to make some noise.

It may have taken Emmy voters a little while to get with the program with regards to The Big Bang Theory, but they finally embraced it a few years ago…though it still has yet to snag the top prize. Then again, given the roll that Modern Family has been on it’s not a big surprise. In fact, many fans have resigned themselves just to enjoy the fact the show is at least recognized.

The series itself continues to progress every season as its characters grow as people, which is something you rarely see on comedies these days. Jim Parson’s Emmy-winning character Sheldon Cooper could have easily been a one-joke flat performance, but that’s not the case and it’s a credit to both the show’s writing team and the actor himself. It’s very possible the show’s emotional season finale could sway voters this year.

HBO and Emmy-nominated comedies usually go hand-in-hand, so it is not really a surprise when one breaks though with voters. What’s interesting here is that Silicon Valley’s success probably is what led to Girls being bounced from the nomination list last year…and it could happen again this year. In fact, Valley may be even more of a favorite this time around as it proved it wasn’t a one-trick series with a strong sophomore run.

The Mike Judge-created comedy also was able to overcome the death of cast member Christopher Evan Welch who played one of the show’s most memorable characters. While it is impossible to replace the comedic genius, the series found a way around his absence that was organic to the story. Overall, the entire season continued to work in the same quirky and funny way that made the original such a hit.

Silicon Valley’s Sunday night partner Veep also is expected to remain in contention as one of the chosen comedy contenders. Julia Louis-Dreyfus and the strong ensemble behind her turned in another solid season as her character fought to remain as President. Hugh Laurie, who many forget began as a comedy actor (along with Stephen Fry), was a great addition to the cast and fit in well with the usual group of oddballs and eccentrics that populate Dreyfus’ character’s inner circle.

The series, which will lose creator Armando Iannucci as showrunner next season, has consistently been a Emmy darling with both Louis-Dreyfus and Tony Hale taking home the prize in their actor categories. While many believe Transparent offers the best odds for a series to defeat Modern Family, don’t under-estimate Veep, which could surprise.

Last year Modern Family tied a Emmy record for most consecutive wins and overall wins by a comedy series in the Best Comedy category. Both records it share with Frasier, but this year the show could be all alone at the top should it win for a unprecedented sixth time.

Can it be stopped? As mentioned earlier, every year some new “it” show comes in as the favorite to overtake Modern Family, but loses steam as the campaign season wears on. This year, series like Transparent, Jane The Virgin, Unbreakable Kimmy Schmidt and Black-ish are mounting a challenge, which may present the show with its toughest battle yet. Still, with unique plots (including one told entirely through Apple i-devices), the series is still finding ways to re-invent itself and that plays with voters. The other thing that plays with voters…making history. Sometimes it is too hard to pass up.