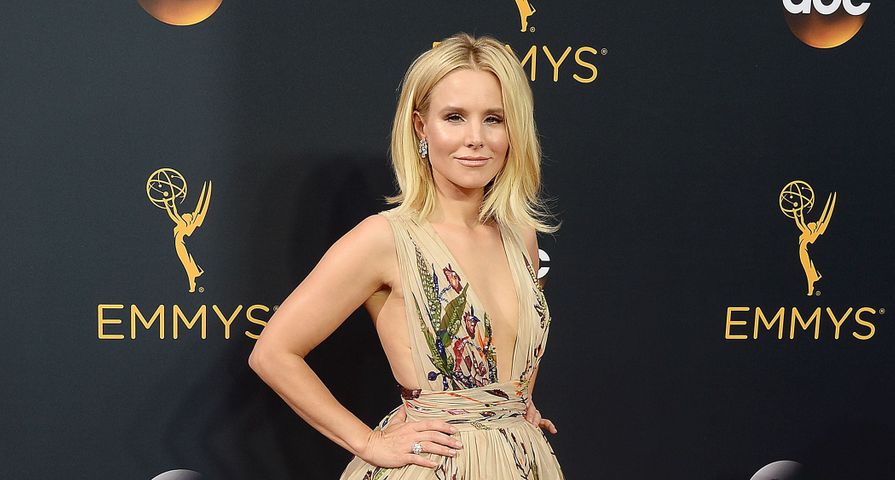 On September 18, 2016, television’s biggest stars all flocked to the Microsoft Theater in downtown Los Angeles for the 68th Annual Primetime Emmy Awards. With hilarious late night star Jimmy Kimmel as the host, and so many great shows and stars to vote for, there was a lot to look forward to, and it all starts with the red carpet fashion. Every year there are glamorous looks, casual looks, and daring looks, and looks that turn heads for all the right reasons. These seven ladies definitely knew what they were doing when deciding on their Emmys style, landing them on the best dressed list! Check it out:

For some fashion critics, opinions were mixed when it game to Game of Thrones star Emilia Clarke’s choice for the night. The gorgeous actress opted for a nude strapless Atelier Versace gown which some said was “too safe” or “aged” the young star, but there is no doubt she looked stunning. It was the perfect award’s show gown as it was both extremely flattering and sexy without being too over-the-top. She let the dress do the work, adding only delicate jewelry and styling her hair in a simple up-do.

Scandal star Kerry Washington is always stunning, and she definitely knows how to dress her baby bump. Washington donned a custom cutout bustier gown by Brandon Maxwell. Her bump may have stolen the show, but she kept it sexy with the cutouts and her gorgeous hair. She topped off the whole look with minimal makeup and a Salvatore Ferragarno clutch.

Viola Davis made sure not to be missed with her eye-catching gown! The How to Get Away With Murder star rocked a very pink Marchese dress with a cinched waist and elegantly embellished neckline. Davis also not only matched her dress to her lipstick but to her husband’s bow-tie as well, and kept the look flowing with silver jewelery and a silver clutch.

Taraji P. Henson often finds herself on the best-dressed list, and this year’s Emmys meant another fashion hit for the Empire star. She absolutely glowed in a yellow custom Vera Wang dress. On others, the look may have been simple, but on Henson it was fantastic, and she set it all off with gorgeous strappy silver heels.

It is safe to say that jaws were dropping as America Ferrera made her way down the Emmys red carpet. The Superstore actress absolutely rocked a midnight blue Atelier Versace floor length gown. It hugged her body just right, and she dressed it up with red drop earrings and perfect flowing waves. Not to mention, she had just finished a triathlon earlier in the weekend before hitting the red carpet.

Priyanka Chopra looked amazing on the red carpet, and she knew it! The beautiful Quantico actress was a showstopper as she worked her unbelievable red Jason Wu gown. She pulled off the stunning look by adding matching red lipstick, a simple low ponytail, and Brian Atwood heels.

There’s always at least one star who takes a risk with a bold print or pattern, and for Kristen Bell, her risk paid off wonderfully! Bell stunned in a floral printed Zeuhair Murad gown with a deep-V front, cinched waist and flowing skirt. With her blonde hair, Brian Atwood heels and Harry Winston jewels, not much could top her bold yet beautiful fashion choice.