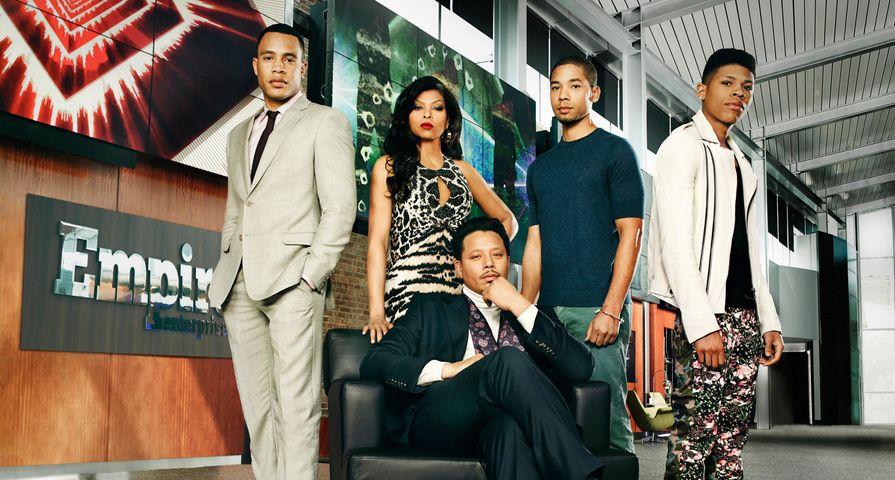 Every year Hollywood’s small-scene stars compete for their industry’s biggest prize…the Emmy Award. Presented every September, the nominations come out the previous July and the competition’s end signals the official beginning of the new fall season. While Emmy voters are notorious for seemingly nominating the same series and actors every year, it is also fun to speculate what a “perfect” ballot could look like. Join Fame10 as we go through a number of top categories and call out which series and stars had a banner 2014-2015 and deserve to be in Emmy’s golden light.

Disclaimer: Many of these entries include mild spoilers so if you are not caught up, you may want be careful navigating certain entries.

This may very well be the best show Emmy voters refuse to acknowledge. Yes, it’s dark, gritty and violent, but so was The Sopranos and that was an Academy favorite. It’s also not like FX doesn’t get its share of the spotlight as well, with series like Fargo, The Shield and Rescue Me among those that in the past have gotten nominations (and wins).

Regardless, this is the last chance for Kurt Sutter’s series to get the recognition it deserves (even if Sutter and crew now wear the snubs as a badge of honor). The show’s final season held nothing back and everything only got more insane as Jax’s (Charlie Hunnam) mission of vengeance resulted in the show’s bloodiest season ever. It was raw, emotional and expertly crafted…three things that usually entice voters. Come on Emmy voters, get this one right!

Speaking of FX series not getting their due, this list would be incomplete without re-visiting the brilliance that is Justified. Based on the novel by Elmore Leonard, the drama about the fictional Southern town of Harlan has consistently been enjoyable since the start.

To be fair, it is not like the Emmy voters are completely ignoring the series as its guest cast has netted a few awards and its main characters have been recognized with nominations (but oddly enough not the series itself). Guided by Graham Yost, the final season was everything that made the show great and, along with guest star Sam Elliot (who himself will likely be nominated), if there was a time for Timothy Olyphant and his ensemble to get that “big” nod this is it!

It is rare for a spin-off series to reach the same level of genius as its predecessor, but Better Call Saul is coming pretty close. The Breaking Bad spin-off had a longer journey than expected to the small screen, but the wait was more than worth it as the show consistently delivered every week.

Created by Vince Gilligan, led by Bob Odenkirk and backed by industry veteran Jonathan Banks, this trio has made TV magic that has helped fill the void left by Breaking Bad’s exit. Given the success Bad has had at the Emmys (including two back-to-back Best Drama wins), it’s hard to see how this series and its cast won’t be at the top of many voters’ “must” list.

The Good Wife’s luck with the Emmys baffles many critics and fans. Its top notch cast continually earns nominations and converts them into wins, but it has been constantly shut out of the top race. In fact, Good Wife is the last broadcast series to even score a nomination for Best Drama in the last few years.

With cable dominating the field, Wife has been left out, and given how much of a resurgence the show’s gone under in the last few seasons it’s mind-boggling why voters still slight it every year. This was another strong season for the drama and hopefully now that the Emmys have added an extra slot to its top drama category history won’t repeat itself.

It’s always interesting to see which shows catch on and which ones do not. With The Affair, audiences took a little longer to find it, but when they did they stayed engaged. What’s different about The Affair though is that while it tells the story of a affair between two married individuals it doesn’t do it in the traditional way.

The story flips between the two characters acting as narrators…granted unreliable narrators at that, as we often see the same event happening from two different perspectives. Often times it is left up the audience to decide the truth, but regardless its an intriguing drama and one that is amplified by the presence of its two under-the-radar leads (Dominic West and Ruth Wilson).

6. Orange Is The New Black

After last year’s True Detective debacle where HBO caught flack for entering the limited run series as a drama, a number of new rules and regulations were created…including a hard stance on what is a comedy and what is a drama. How the Academy can say Shameless is a comedy but Orange Is The New Black is a drama is hard to understand, but that’s the way the cards are falling this season.

As a result, Orange’s road to Emmy glory just got harder as it goes from competing against a soft comedy field to a tough dramatic gauntlet. It also doesn’t help that the new rules about what constitutes a guest star verses a supporting star are now in play so Orange’s total haul could be less than it was last year.

Regardless, the series is still very well written, acted and produced and given the initial reception it received last year, it should still be a force when it comes to competing for the top prize.

No show impacted the television medium more in the 2014-2015 season than Fox’s Empire. By growing virtually every week in the ratings, it literally defied tradition and found a instant home with viewers. Shepherded by Lee Daniels and Danny Strong and fronted by Oscar nominees Terrence Howard and Taraji P. Henson, Empire is in prime position to do some damage this award season.

Through a combination of strong storytelling and addictive music, Empire had something that related to all audiences. Realistically Empire probably could have been a little higher on this list as well, but the Academy is known for being slow to accept new hit series into its good graces and some wonder if that will be the case here.

For Fox and TV in general, what Empire did was remind people what happens when networks put on quality programming that isn’t bound to the traditional 22 episode formula.

PBS’ drama about the English class system has been an Emmy favorite since the beginning when it was entered as a mini-series. In its second year, when the show jumped into the drama realm, it scored even more nominations, but failed to convert them into wins.

As Downton prepares to air its’ final installments later on this year (in the UK), you can expect a long farewell tour on this side of the pond as well. The Downton ensemble is among the best on TV and that’s why it’s been a success story at the Screen Actors Guild awards, but separately they effectively seem to cancel each other out…luckily the Best Drama award is based on the sum of its parts.

Downton’s most recent season definitely put the pieces in place for its upcoming final run and raised some interesting possibilities that won’t be lost on viewers or voters.

Netflix’s flagship drama jump-started the streaming movement and it became the first streaming series to ever win an Emmy in a top category, much less be nominated. Now, three years later, its remains a powerful force and a lot of that comes from the gravitas of its two leads, Kevin Spacey and Robin Wright.

Backed by a strong ensemble, House of Cards will continue to score Best Drama nominations for as long as it runs because it’s based off a formula that works. The third season saw a evolution of that formula, but in a way where it progressed the story, culminating in a fun final twist that will be fascinating to watch unfold in season four.

If you’ve ever seen an episode of Game of Thrones then you know why it is arguably the most successful series currently airing on TV. From its well casted ensemble to its epic battle scenes to its willingness to do anything to anyone at any time, it keeps the audience on its toes.

The show’s fifth season took some big risks that deserve big rewards and now, with Breaking Bad out of the picture, Emmy voters should have less of a reason to not award it the big prize. Between the battle of Hardhome and Cersei’s (Lena Headey) long walk of shame in the finale, producers won’t have a shortage of ammo to prove their case.

10 Drama Actors That Deserve An Emmy Nomination In 2015

Honestly the lone obstacle standing in the way of a Game of Thrones victory is Mad Men and the fact that voters may be nostalgic given it’s the show’s final year of eligibility. Mad Men won this prize for its first four years before being upstaged by Showtime’s Homeland and then AMC’s Breaking Bad, which caused many to wonder if the Academy’s love affair with the Sterling Cooper team was over.

All of that changed though with the show’s series finale…”Person To Person,” which to many single-handedly won back a lot of the viewers that gave up on the series. Creator Matthew Weiner didn’t pull a Sopranos and closed the majority of the loops and he did so in a smart way. It was very reminiscent of what Vince Gilligan did with Breaking Bad and, as with Bad, it should result in the same type of award season bounce.