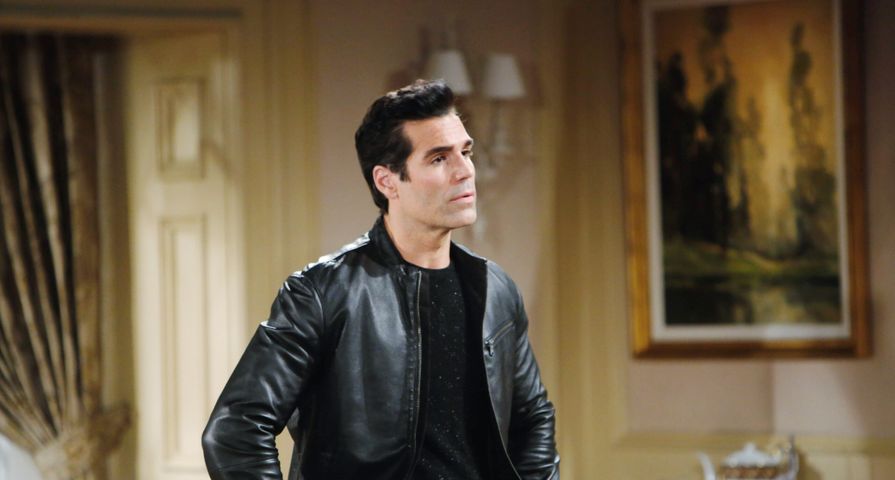 As The Young and the Restless (Y&R) fans continue to reel from Rey Rosales’s sudden demise, portrayer Jordi Vilasuso has revealed his mixed feelings about how his character’s storyline ended.

“Bye bye Rey Rosales,” the actor said. “So much fun and what a great experience playing Rey.”

Vilasuso’s first comments since the passing of his character were made on Making It Work, the podcast he shares with his wife, Kaitlin. And the latest episode, which addresses his Y&R exit, contains no shortage of pauses and silences from Vilasuso.

“I had thoughts on your exit storyline, for sure,” Kaitlin began, prompting Jordi to respond with a wry snicker, “Mh, so did I”.

Nearly a month after Vilasuso’s exit had been announced, Rey lost his life during last week’s episodes – in a car accident which happened entirely off-screen.

“Because it was a little shocking, the exit,” Kaitlin continued. “But it was really nice that people are saying, ‘Hey, Rey deserved better than that!’”

Once the two podcasters had turned the page and began discussing the fan support, which has been overwhelming, Jordi became more talkative.

“I really appreciated all the love and support online,” Jordi chimed in.

The couple also discussed the support Jordi received from his cast-mates – and one co-star in particular who stunned the outgoing actor.

“And I received a great phone call – actually it was a missed phone call,” Jordi continued. “The Peter Bergman – Jack Abbott from Y&R – I saw a missed phone call from him on my phone. And I checked my voicemail, and I saw there was no voicemail. So I was like, ‘Is that a butt dial from Peter?’”

“So I was debating whether to call him back, and then I received a call from Y&R Production – I picked up – and it was Peter calling me from his room,” Jordi continued. “And he was so encouraging and beautiful. He said he was so sorry he couldn’t say goodbye – and we hardly worked together.”

It’s true – despite Genoa City having that small-town feel, Jack Abbott and Rey Rosales rarely crossed paths. But perhaps that fact made Bergman’s phone call all the more meaningful.

“But I have such respect for him, not only as an actor, but as a man, a husband and a father,” Jordi added, his voice showing emotion. “It was a great way to move on, and he had some really kind words. And I really appreciated it.”

As the podcast continued, Jordi felt more comfortable talking about the process of leaving the CBS soap opera behind.

“When we found out the news that Rey Rosales was not going to be on the Y&R canvas anymore, I felt a lot of feelings,” he admitted.