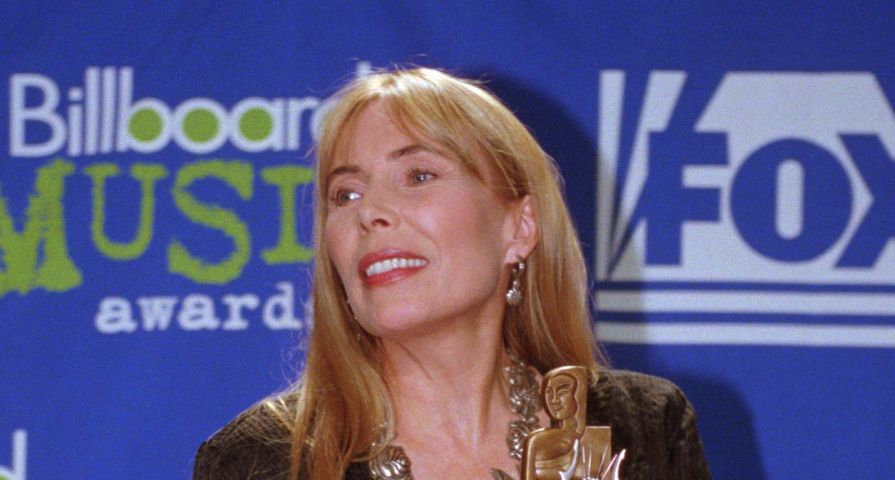 Back in early April, Grammy-winning musician was hospitalized after being found unconcious in her L.A. home. On Sunday June, 28 an official update on her health was posted on her website after her friend and former boyfriend David Crosby spoke to The Huffington Post.

Crosby stated that Mitchell had suffered an “aneurysm” and and that “she is not speaking yet.” He also said, “How much she’s going to come back and when, I don’t know and I’m not going to guess.”

After his report on her health was released, an official statement was okayed by Mitchell’s conservator cleared up what her actual condition is. It read: “Joni did in fact suffer an aneurysm. However, details that have emerged in the past few days are mostly speculative. The truth is that Joni is speaking, and she’s speaking well. She is not walking yet, but she will be in the near future as she is undergoing daily therapies. She is resting comfortably in her own home and she’s getting better each day. A full recovery is expected.”

Crosby and Mitchell dated back in the ’60s. He admitted he had not actually spoken with Mitchell; however, he seemed fairly optimistic about her condition. “I think we’re all holding our breath and thinking a good though, you know, hoping that it’s gonna turn out OK.”