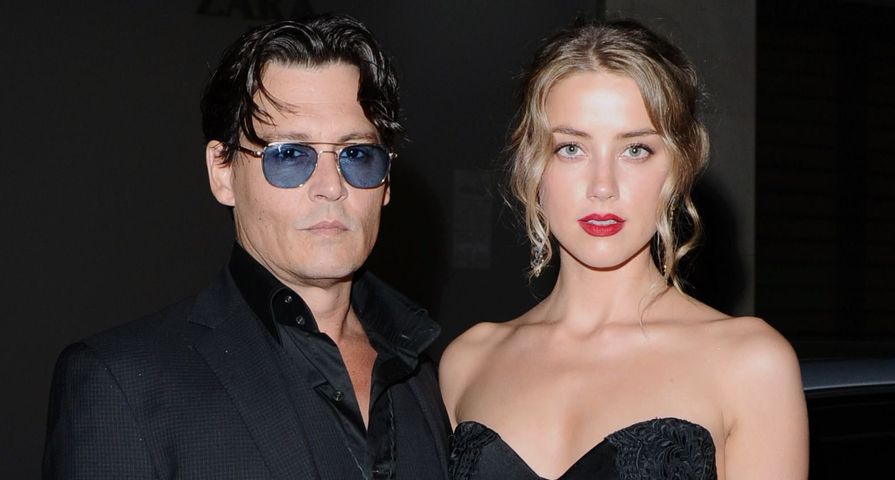 Johnny Depp, 51, shocked everyone in 2012 when he split from common-law partner of 14 years Vanessa Paradis, whom he has two children with.

While Depp is known for his incredible talent and ability to portray a wide variety of characters, he is also regarded as a celebrity who is down to earth and values his privacy, which made it even more shocking to hear he had hooked up with actress Amber Heard who is 23 years younger than him.

Although Paradis and Depp reportedly had an amicable split, it is assumed his relationship with Heard had something to do with it as they met in 2011 while filming The Rum Diary and confirmed their relationship only weeks after Depp and Paradis had officially called it quits.

Depp proposed to Heard on Christmas Eve in 2013 but since then there have been no moves towards the altar and there are now several reports that the relationship is in turmoil.

People magazine reported information from a source who stated, “There is no rush to marry at the moment. Johnny is crazy in love with Amber, but there is turmoil in the relationship.”

To many it seems their differences are finally starting to get in the way of all the similarities that originally brought them together.

As well as being 23 years younger than Depp, Heard is also open about her bisexuality making many believe she is not ready to commit to a man for the rest of her life.

“Amber flirts and has many different kinds of relationships. She is not ready to settle down,” the source also commented.

Meanwhile both are juggling hectic schedules as Depp has several movies either filming or in post-production with the first release being Into the Woods this December.

As well, Heard has her own projects on the go including the much anticipated sequel to the Channing Tatum led male stripper film, Magic Mike.