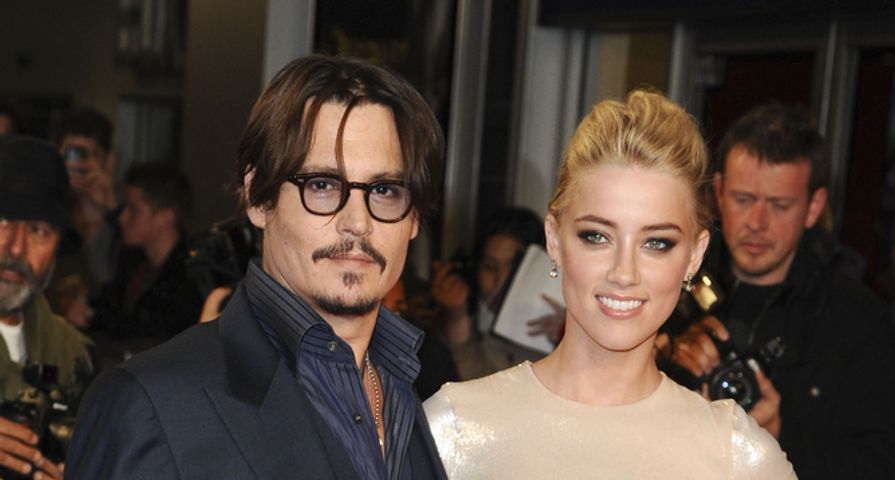 Johnny Depp is engaged to Amber Heard — but he’s 23 years older than she is!

The 50 year-old actor was interviewed recently about what it’s like to be in a relationship with his 27 year-old former co-star — and his answer is actually pretty thoughtful.

Depp claims that he doesn’t look down on Amber or feel like he’s her “mentor,” which other people in that situation might. He also gives her quite a compliment — check out the video to hear all of his comments!

What has fans scratching their heads more than the age difference is the fact that Depp is preparing to walk down the aisle. That’s something he never did with ex Vanessa Paradis, even though he was with her for 15 years and had two kids with her.

Age actually was a factor in that circumstance — but only in that Depp didn’t feel ready to make a marital commitment. (It’s always interesting that people think marriage is a bigger commitment than having children with someone.) He says he looks at things differently now that he’s got more life experience under his belt.

We must also wonder if the woman has something to do with it. If your partner really wants to get married, and you want to stay with your partner, then maybe you’ll change your mind!