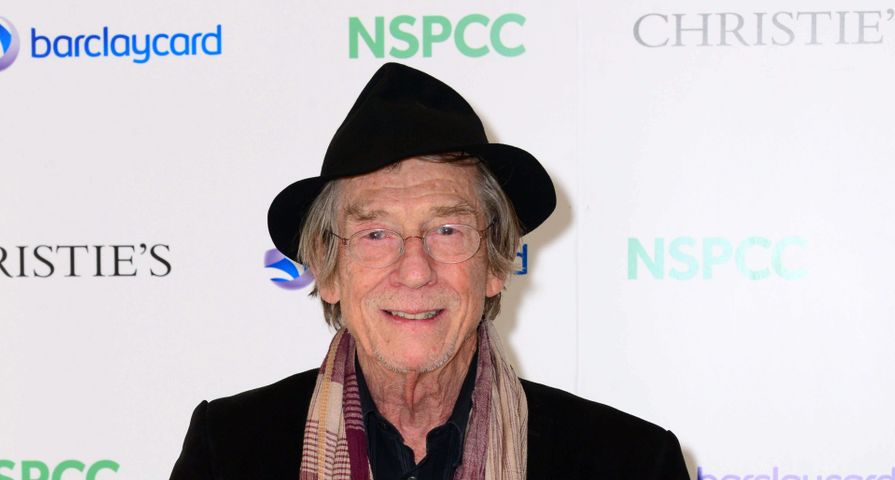 Iconic British actor Sir John Hurt, 75, revealed on Tuesday June, 16 that he has been diagnosed with pancreatic cancer which is fortunately still in the early stages.

“I have always been open about the way in which I conduct my life and in that spirit I would like to make a statement. I am undergoing treatment and am more than optimistic about a satisfactory outcome, as indeed is the medical team,” he said in a statement.

“I am continuing to focus on my professional commitments and will shortly be recording Jeffery Bernard Is Unwell for BBC Radio 4.”

The news of his cancer diagnosis comes only months after he was knighted for his “services to drama” during Queen Elizabeth II’s 2015 New Year Honors ceremony and back in 2004 was also the recipient of a Commander of the Most Excellent Order of the British Empire medal.

As one of the legendary Hollywood stars, Hurt has 202 acting credits to his name with his first one dating back to 1962 when he was 22 years old.

Recently he has been known for his work in films such as V for Vendetta, Hellboy, as well as portraying the quirky Wand Shop owner Ollivander in the Harry Potter franchise.

As Hurt himself noted he is still very busy in his career and currently has multiple movies and one TV series he is taking part in still to be released.