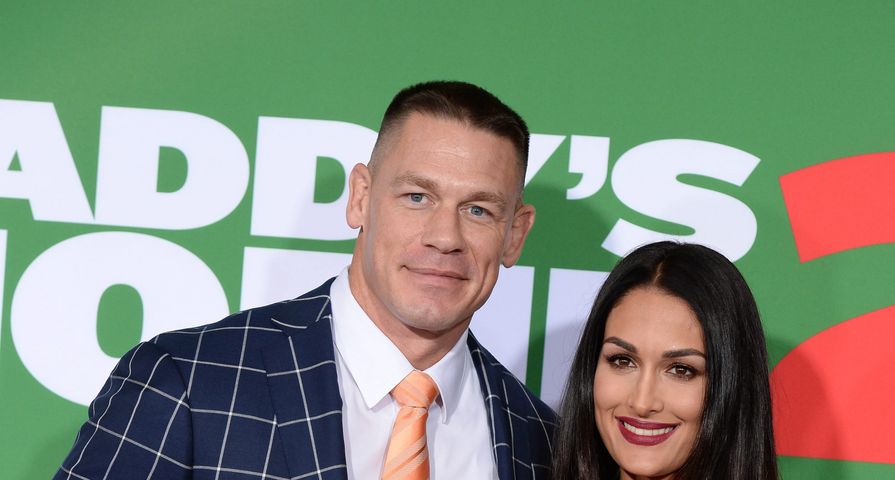 A lot of drama went down on Nikki and Brie Bella’s reality series Total Divas, including a lot between Nikki and John Cena, and as it turns out it wasn’t all just for the cameras.

Following the pair’s shocking split only weeks away from their May 5th Mexico wedding, more and more is coming out about what their relationship was like behind the scenes, and a lot of it is rather surprising, but most are shocked at a “crazy” 75-page cohabitation agreement Cena had Nikki sign before she could move in with him.

The actor/wrestler opened up about the document during an appearance on the Today show, “I was very abrasive and stern and she had to sign this huge, crazy agreement just to come in the front door,” he told Kathie Lee Gifford and Hoda Kotb. He also explained that the document was “just some sort of thing where I would be protected in case of a disaster.” He then revealed that Nikki signed the agreement “totally without question and it made me feel super bad, which it should have, but it also made me realize, like, this is one young woman I should not let get out of my life because she says, ‘I’m with you because I love you, here’s proof I would still like to be here.’”

One of the things Nikki took most issue with before signing the document was she was referred to as a “guest.” “Although I do not wish to be formal, I do not want there to be any misunderstanding regarding your presence at the home as my guest,” Cena wrote. “In the event that I ask you to vacate the home, you agree to immediately vacate the home and remove any and all items you have brought into the home as soon as possible.” The 40-year-old did explain to Nikki however that while it was “crazy” he did it because he needed to protect himself and everything he has worked for, because he provides for so many people.  “This is what my life is. This is what it’s become,” Cena told Nikki. “You met my family. You think my mom paid for that house herself? She didn’t. My brother lives in that house, they’re expecting a child. My younger brother, he’s got medical problems. I make sure he’s okay. I always tell them, I’m a horrible brother, but I try to be the best provider that I can. I just don’t want to ever be in a position where that’s in jeopardy.”

After previously going through a divorce from his wife Elizabeth Huberdeu in 2012, Cena further explained the need for the document. “Having been through that process, here is how I view it. It is like buying a handgun for home defense. It gives you a sense of security, and it gives you a failsafe in case something happens,” Cena said, according to Fox Sports. “And those who buy a handgun for self defense pray, pray they never have to use it. Without it, it’s a dog fight.”