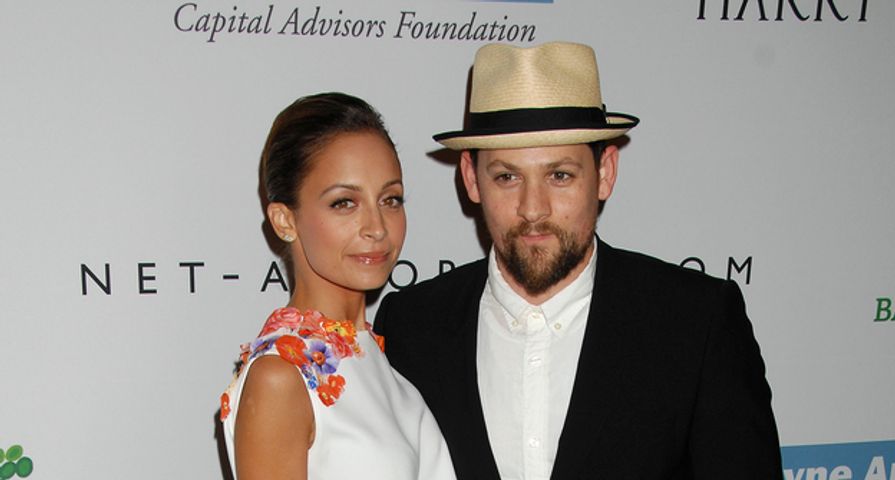 Singer Joel Madden couldn’t help but gush about his wife, Nicole Richie, in his recent interview with People.

The 37-year-old singer opened up about the impact Richie has had on his life, especially since he came from a broken home. Madden’s father walked out on him and his twin brother, Benji, when they were children. As a result, the brothers had an unstable family life growing up.

“When you grow up in a broken home, there’s something about finally finding love and security in your family,” Madden told the magazine. “We’re grateful for our families and the love we have in our lives.”

He continued, “I give my wife a lot of credit. She’s an incredible partner and really supportive.”

Madden and Richie wed in 2010, and have two young children together: 8-year-old daughter Harlow, and 6-year-old son Sparrow. Although he has a lot of responsibility as a father, husband, and performer, Madden considers his life to be pretty close to perfect.

“There are moments where you feel like life is perfect, and you want to stay in that moment forever, and that’s how we feel: really blessed and lucky,” Madden stated.

Madden and his brother are currently promoting their band Good Charlotte’s new album, Youth Authority. He said the material for the album is close to his heart: “We’re inspired by our own lives.”

And it doesn’t hurt that his kids are some of his biggest fans. “My kids are big fans [of my music]. They like to go on tour now that they’re old enough, and they’re definitely very musical,” he revealed. “It’s been fun for the family.”

Speaking about how he and his brother’s life turned out, with Benji marrying Cameron Diaz last year,  he couldn’t be more grateful. “We landed on our feet. There was a whole bunch of different ways it could have gone wrong, and the thing I’m most proud of is we ended up okay as a band as people,” he said.

Good Charlotte’s new album, including the single, “Life Can’t Get Much Better,” is out on July 15.