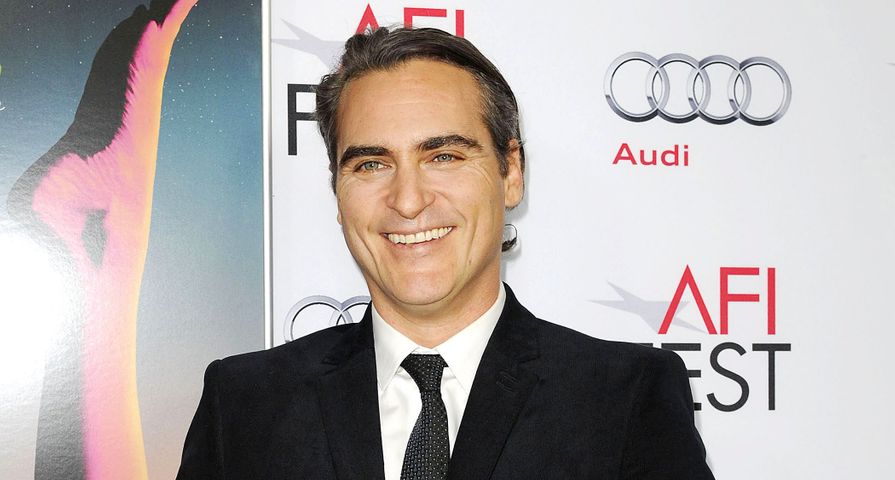 Don’t think David Letterman hasn’t been in on the Joaquin Phoenix stunts from the get-go.

Remember the really odd appearance by Joaquin “the rapper,” boasting ultimate dishevelment and that beard of wonder? (Yes, he actually started the trend, not the fellas from Duck Dynasty.) That was on the Late Show with David Letterman. Sure, Dave played the straight man in the comedy, but make no mistake, Dave was one of Joaquin’s chosen few, as he made the mockumentary, I’m Still Here, of his life outside of acting. He just had to have been.

Remember the confession that it was all a goof, and that odd exchange between Dave and Joaquin about using footage from the Late Show that wasn’t authorized? Yes. It was on The Late Show.

David Letterman is one of the few people Joaquin Phoenix must really like, and that’s why he brings his A game every time he visits the show. Monday night was no exception.

Joaquin began chatting about his lady love, whom no one has ever seen, and who was allegedly his new fiance. According to Joaquin, she also happened to be an Amazonian martial artist and yoga instructor. Joaquin offered a physical demonstration of how the two became intimate friends through yoga poses, and also suggested that his soon-to-be wife towers over him.

Who’s buying it? Well… a legion of fans have taken the bait, but only those who were hungry for slop. Joaquin has already stated that he was just making it up. Admittedly, it would have been pretty amazing to see Joaquin with a certified a**-kicker for a wife, but we’ll have to wait and see what Santa brings him.

To see more, including Joaquin’s amazing Late Show performance/appearance, check out the video below.