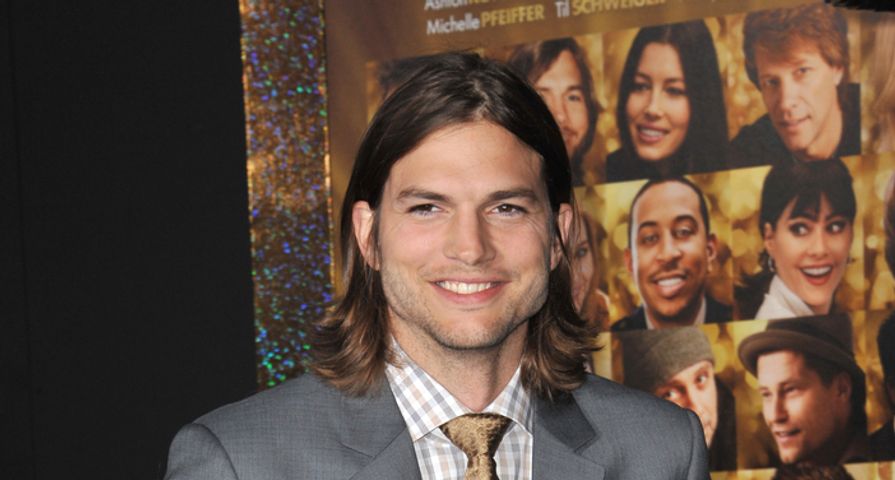 When it comes to Charlie Sheen and Ashton Kutcher, there is still an imaginary rift, and Charlie loves to turn the screws regularly. Still seemingly bitter from his departure from Two and A Half Men, Charlie still picks on Ashton regularly via Twitter, and has nothing nice to say about the show.

Yeah, it has been three years since the drama that ended Charlie’s long run on the show. Three… years… And yes, the show is still on the air, and yes, the ratings are still towards the top of the list, and yes this obviously rubs Charlie like a hairshirt.

That said, it’s tough nuggets for Charlie. He brought it all on himself, and it was time to lay it down, and let it go those three years ago. Because he hasn’t gotten that message, Ashton decided to up the ante, and offer a message to Charlie while sitting as a guest on Jimmy Kimmel Live, Thursday night: “Shut the f*** up!” He offered this simple STFU phrase with a smile and a laugh, as he pretty much offers everything, but no bones about it, Ashton was serious.

Ashton went on to suggest the aforementioned: That three years is more than enough time to get on with it, and get over it. And that he’s tired of being picked on via Twitter for taking a role in a show. There has been no immediate response from Charlie, but it’ll be interesting to see what he says… if he chooses to say anything at all.

If you want to see Ashton offer the humorous f*** off to Charlie, just check out the video below!