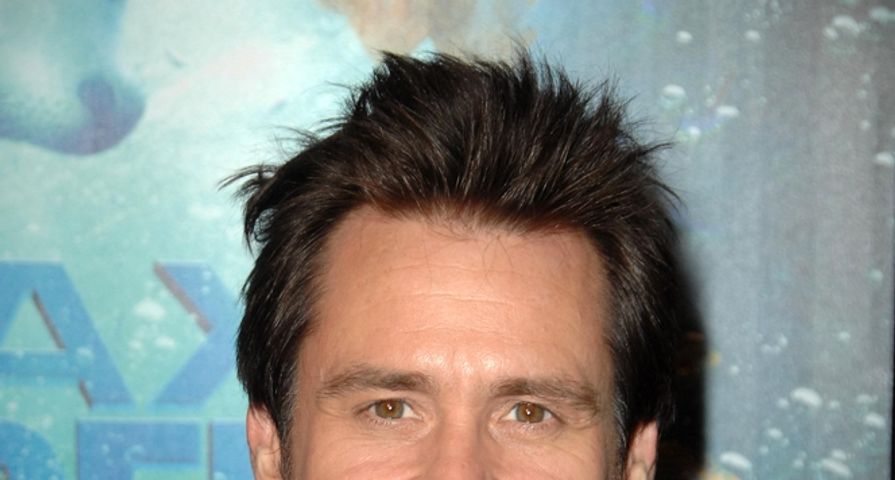 How can you not love Jim Carrey? The guys stays on even when he’s off.

Personally, I love when anyone makes Matt Lauer feel incredibly awkward. The guy is always deserving of a squirm.

While Matt–and the lady who replaced Ann Curry–were interviewing celebrities on the red carpet of SNL 40, Jim Carrey stopped by for a chat. Tina Fey was there, too. Jim decided to go straight for the gut punch when he asked where NBC was hiding Brian Williams.

Matt played it off. It was almost like he knew he was going to be asked the question–it was Jim Carrey, after all. And for anyone who’d think that Jim would leave it there? Please. The dude is a stand up comedian at his essence. When he offers the set-up, he’s gotta crack the punchline. And you can see that moment in the video below.

NBC deserves it. They really seem to have shackled Brian Williams due to the incident. They should have let the guy apologize, and move on, have some fun with it, make fun of himself… we all think the news is a joke in this era of lost journalism, anyway. People have learned that blogs are more entertaining way to get the news, and leave more room for embellishment. You can’t really fault Williams for doing what all these other journalists do. He was just caught in doing it.

Still, Jim Carrey didn’t offer the only ribbing to Williams on the night. Jerry Seinfeld got into the mix as well.

See it all in the video below!