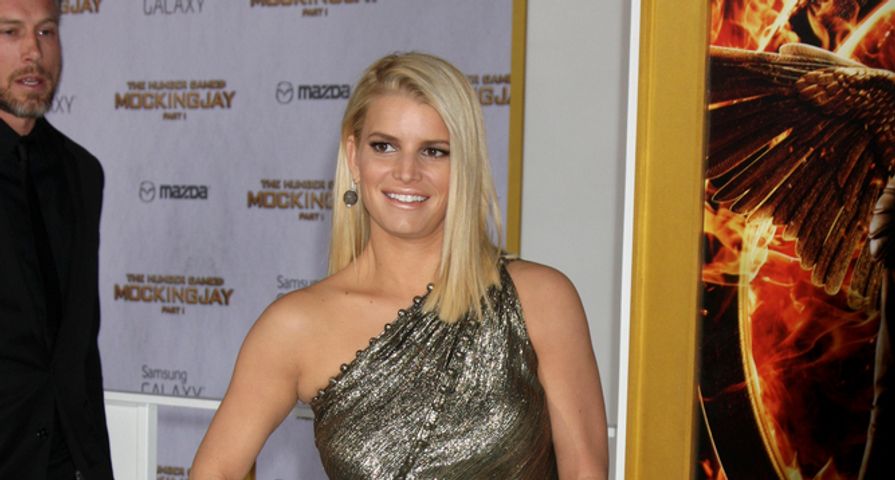 Jessica Simpson and her husband Eric Johnson put together their own steamy, 50 Shades of Grey photo session.

Please, earth, spin faster, so another two weeks will pass in rapid fashion, and we can stop hearing about 50 Shades of Grey…

It’s embarrassing that the film raked in 94 million at the box office during its opening weekend, and it’s even more embarrassing that people are now equating sensuality with such a steaming pile. For starters, this movie was done–and better, at that–in the 1980s. It was called Nine 1/2 Weeks, and it starred Mickey Rourke and Kim Basinger. The source material–a screenplay, not a terrible book–was also a much better starting place for a gratuitous foray into sex.

But, I’m digressing. Let’s get to Jessica and Eric, who offered some sultry black and whites to the social media world, piggybacking the success of 50 Shades… reminding everyone, “Hey, I, Jessica Simpson-Johnson, am still here!”

Yes. Jessica. You most certainly are. Yes, your photos were sultry. Yes. We’ve seen it all before. Kudos for being a mom, and refusing to let go of the cash-cow we all know as your body. And props to Eric. He’s obviously staying in shape a few years out of retirement. A lot of pro athletes just let it go after they walk away from the game.

I often wonder what Jessica is planning to do next. She’s become somewhat of a socialite. It’s certainly easier than making music, but now it seems like she might have something to say with a few tunes. She needs to sit with sister Ashlee, and write a few personal ditties. The the duo needs to do something together that would make our minds explode.

In the meantime, you can see Jessica and Eric’s photos in the video below!