Jennifer Lawrence Gets Down in ‘American Hustle’ Deleted Scene! 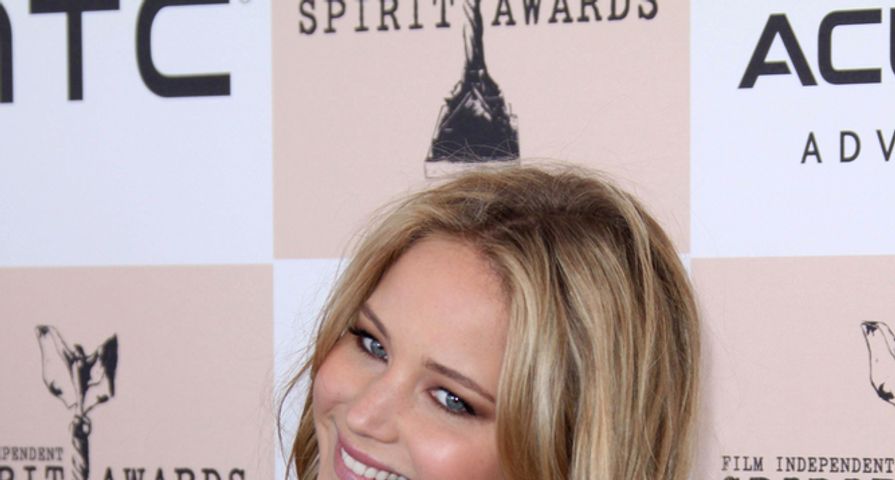 Jennifer Lawrence is a master of lip-syncing — maybe even a maniac.

In a recently revealed deleted scene from American Hustle, the 23 year-old actress vaccuums the living room while lip-syncing and dancing along to Santana’s 1969 song “Evil Ways.” Since the movie’s DVD and Blu-Ray release this past Tuesday, the scene has gone viral.

Playing the disgruntled housewife Roselyn Rosenfeld, Jen has her blond locks up in a crazy curled up-do and wears an oversized leopard-print housedress along with bright yellow rubber gloves. As she gets her groove on, her son can only stare, surely wondering what’s wrong with his crazy momma. Check out the video for the full 4-minute scene!

We understand why the scene didn’t really need to be in the movie, but it’s still hilarious. In a different scene that did make the film, Jennifer sings along to Paul McCartney & Wings’ “Live and Let Die”.

J-Law was nominated for her third Academy Award for her role in American Hustle, but she lost out to Lupita Nyong-o from 12 Years a Slave.

Perhaps we’ll one day be treated to a movie in which Jennifer plays some kind of unhinged pop star or music icon? She clearly has the lip-syncing ability.