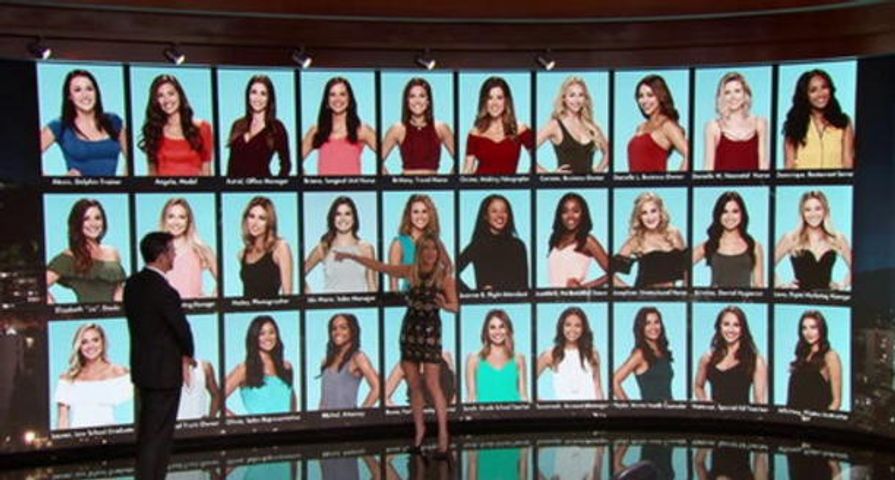 Every once in awhile major celebrities confess that they are reality TV junkies, and Jennifer Aniston is one of the biggest. The iconic Friends actress is a huge fan of the Bachelor, and she isn’t afraid to be bold about her predictions ahead of Nick Viall’s upcoming season where he will hopefully (finally) find love.

During an appearance on Jimmy Kimmel Live to promote her new film Office Christmas Party, Aniston was excited to talk about the new Bachelor season. “Nick’s so awesome. I really like Nick. A lot of people were iffy about Nick in the beginning…Make him Bachelor; he has to leave with someone!”

The actress then boldly made some predictions about which contestants would get the farthest on the season without knowing anything about them except their name and what they look like. After seeing a huge board of Viall’s 30 contestants, Aniston picked out 24-year-old business owner Corinne Olympios, but added “she’s too young to get married.” She also liked the looks of 29-year-old Elizabeth Sandos who is a doula, as well as 31-year-old Rachel Lindsay, and then finally picked 31-year-old neonatal nurse Danielle Maltby, adding “she’s cute.”

As a fan, however, she didn’t want to predict a winner in fear of jinxing it. While she wasn’t always a Bachelor fan, Aniston admitted it was Chris Soules’ season that got her hooked. “I’m not gonna lie,” the actress told NBC’s Access Hollywood. “It’s junk food. It’s great junk food. It’s a train wreck! Have you seen them? You can’t feel bad for them. They’ve done that to themselves, just to entertain us.”