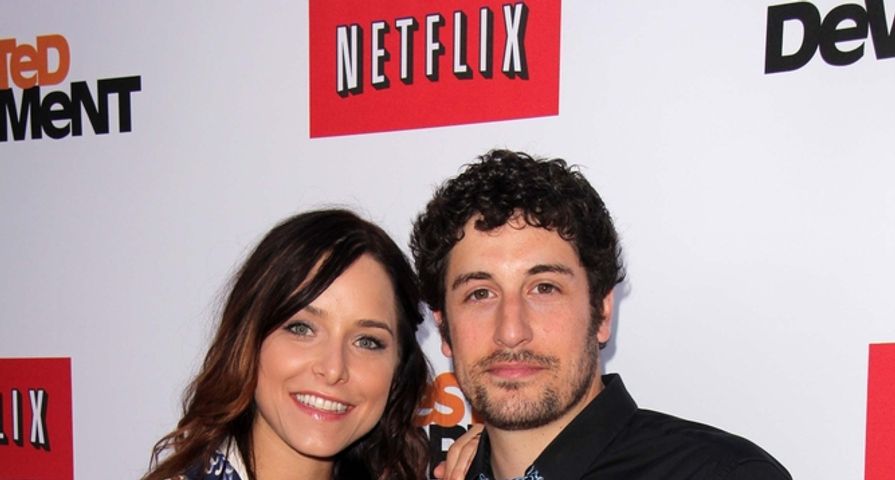 Jason Biggs is a witty dude. He’s also not a fan of political correctness. Yesterday, he said what probably most of us were thinking, but subsequently thought better of actually stating. What did Jason say?

Was it inappropriate? Eh. It was a little insensitive. There’s not likely a Jason Biggs Twitter follower who had a family member on the tragic flight, but it’s definitely toeing the line. To many of Jason’s Twitter followers, it was over the line, and most responded with “too soon” references.

Jason suggested it’s OK to laugh when you’re sad, but these kinds of tragedies are tougher to deal with. Laughing at a funeral remembering something funny, is not like imagining your loved one shot from the sky in total terror as a fire ball engulfed their method of travel.

This does beg the question: What in the hell is going on with Malaysia Airlines? Is this a constant or a random variable? It seems very mysterious. And in fairness, that’s why Jason said what he said. He even followed up with:

In all seriousness, tho- HOW DO YOU MISTAKENLY SHOOT DOWN A COMMERCIAL PLANE?! Ugh.

Considering the issue, it’s hard not to dig into the “Why a Malaysia Airlines jet?” Just coincidence? With all the jets that fly the same route? Some rebels fired a ground to air missile strike on a commercial passenger jet, not knowing which one it would be? That wouldn’t make any sense at all. Not from any kind of militaristic rebellion. Those actions are pointed. And it could shed light on the disappearance of Malaysia Airlines Flight. Or… it could be a bunch of idiots firing rockets from the ground.