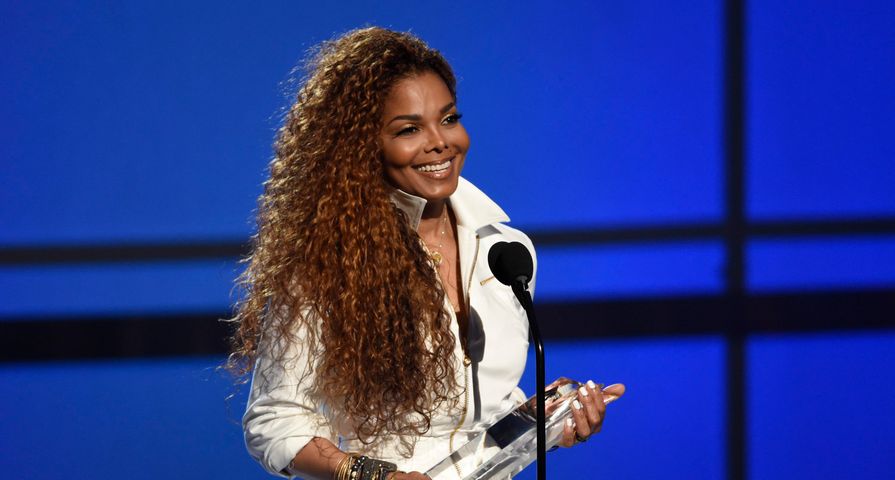 It was quite the welcome back for Janet Jackson at the 2015 BET Awards on Sunday June, 28, after she had been out of the spotlight for the greater part of two years.

The 49-year old looked absolutely stunning, as though she hadn’t aged a day when she accepted the award for Icon Music Dance Visual Award. She thanked her entire family, including parents, Joe and Katherine Jackson who were in the audience.

“It’s been a very long journey. My heart is so full. Thank you God for making everything possible. I am so grateful for the support you’ve always given me. To my beautiful mother and father and to my entire family. Your love is unbreakable.”

Before accepting her award, Jackson was given her own tribute by fellow artists Tinashe, Jason Derulo and Ciara who all did an amazing performance in honor of Jackson and her iconic dancing.

Of course, fans are hoping to see a lot more of Jackson as she announced in early June that she is releasing her first album in seven years this fall.

“BMG is proud to announce that it will release the first album in seven years from Janet Jackson, icon, music artist, B.E.T. honored, award-winning songwriter, producer, singer, Oscar and Golden Glove nominee and winner of the NAACP Best Supporting Actor Award, publisher, dancer, businessperson, philanthropist and one of the biggest-selling artists in popular music history,” the announcement read.