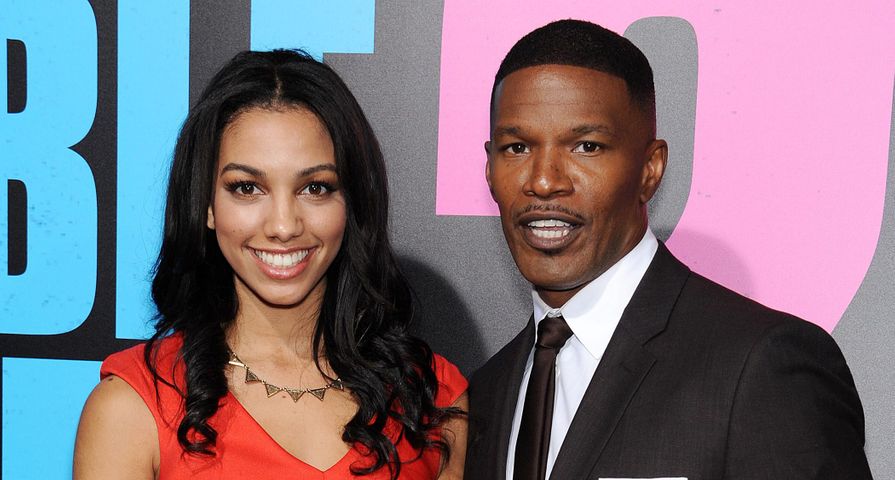 As is tradition, Miss or Mr. Golden Globe is the daughter or son of one of the well-known and respected leaders in the film industry and assists in handing out the awards to the night’s big winners. “We are delighted to have Corinne Foxx continue the tradition and have her as out 2016 Miss Golden Globe. Like her father, she leads a fine example of following her dreams and we can’t wait to see what she does next,” HFPA President Lorenzo Soria said of the decision.

Corinne expressed her own excitement over the honor, telling People magazine, “I’ve known for about 3 weeks. Maybe like a month and I was so excited. I had all of this energy and I’m not lying, for an hour straight, just jumped around my house and was bouncing off the walls, and was Googling all of this stuff about Miss Golden Globes so I was really excited.”

Corinne is a student at the University of Southern California, but has also followed in her dad’s footsteps in the industry as both a model and an actress and has been accompanying him on the red carpet for years. “Throughout the years I’ve grown up watching my dad establish himself as a well-respected actor. I’m honored that HFPA has given me the opportunity to now share the same stage where he’s been recognized for some of his greatest accomplishments.”

Also Check Out: 8 Hot Celebrities With Even Hotter Children