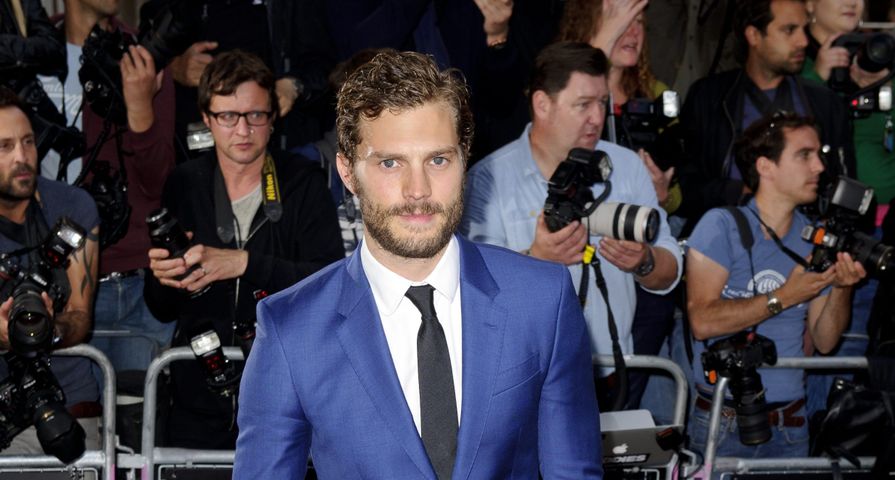 With only a few more weeks before the much anticipated Fifty Shades of Grey film hits its première date on February 13, just in time for Valentine’s Day, it has finally received its official rating. And while fans can’t wait for it to come out, the movie’s star Jamie Dornan admits he is scared to attend the premières.

With the trailer revealing that the film is definitely going to push the limits, there is no surprise that it was given an “R” rating from the Motion Picture Association of America due to “strong sexual content including dialogue, some unusual behavior and graphic nudity.”

Meanwhile the man at the center of the action, Christian Grey, played by 32-year old actor Jamie Dornan opened up about some fears he has about walking the red carpets for the film in an interview with Details magazine.

After taking on the lead role when Charlie Hunnam exited the film, Dornan was very aware that not everyone was pleased with the casting decisions and is worried about angry fans at the premiere. “I almost don’t want to put this out there into the ether, but I fear I’ll get murdered, like John Lennon, by one of those mad fans at the premiere. Because a lot of people are very angry that I’m playing this character. And I’m a father now, and a husband. I don’t want to die yet.”

He continued jokingly continued, “And when I do get murdered. People will say, ‘God, isn’t it haunting how he did that interview in Details magazine and predicted his own death on the red carpet?'”