James Corden Performs ‘Everybody’ With The Backstreet Boys 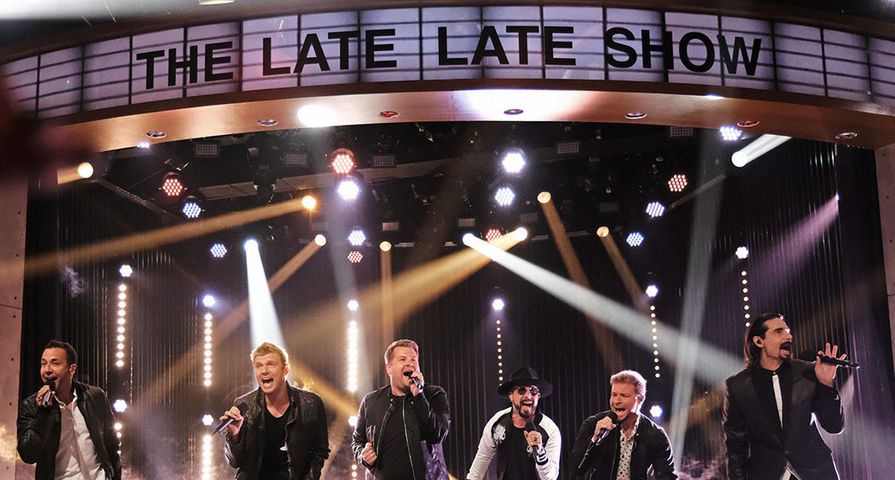 Well, James Corden finally fulfilled one of his lifelong dreams as the Late Late Show host single-handedly tried to bring back the traditional boy bands by not only having the Backstreet Boys on the show to perform, but by actually performing along with them to their smash 1997 hit “Everybody.”

“I care about this more than maybe anything else on the planet, okay? Because we are bringing back boy bands,” Corden began his segment. Before anyone could argue boy bands never went anywhere (5SOS and One Direction), he made sure to clarify what he meant. “I’m talking proper boy bands. Five guys together: I’m talking the cute one, the funny one, the nice one, the other one, and the maverick who refused to play by the rules all living together in some weird mansion in Orlando.” He added, “I’m aware boy bands haven’t gone away, right? But now, they just stand onstage wearing skinny jeans and Vans sneakers, and some of them even have the audacity to pick up instruments. This is not what I want in a boy band! I want matching outfits, synchronized dancing and way over-budget music videos.”

Corden then revealed he wasn’t wasting any more time bringing boy bands back immediately as he introduced “the top-selling boy band of all-time,” as the Backstreet Boys appeared on stage.

As they got into the groove of “Everybody” Corden joined right in in a can’t be missed clip. Check it out: