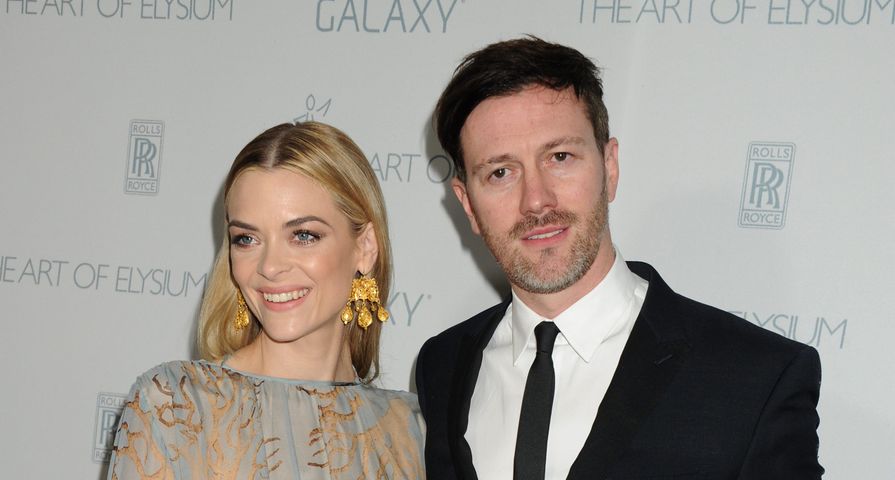 Actress Jaime King, 35, and her director husband Kyle Newman, 38, were excited to confirm to the world they are expecting their second child, sharing the big news in an adorable baby announcement.

On Thursday January 19, King took to her Instagram to share a picture of her 16-month old son James Knight blowing bubbles on the grass and in front of him is a sign reading, “I’m gonna be a big brother! Who da boss now? I’m so excited!!!!!,” along with the caption, “So excited to announce THE SEQUEL Coming later this year!!!…BabyTown2- Created by @kyle_newman and @jaime_king. Also starring #JamesKnight.”

King and Newman tied the knot back in 2007 and welcomed their son James Knight in October 2013, after which the actress opened up about her difficult struggle with infertility.

“8 yrs of pain & undiagnosed PSOC [Polycystic ovary syndrome] & Endometriosis. 5 miscarriages, 5 rounds of IVF [In vitro fertilization], 26 IUIs [Intrauterine insemination], most with no outcome, 4-1/2 years of trying to conceive, 26 hours of brutal labor, early delivery b/c of sudden preclampsia, tearing and tearing after the stitches were in once I was home,” she shared on her Instagram when her son was 9 months old.

After all of that the news of her second pregnancy is even more special, congratulations to the happy family!

Also Check Out: 9 Celebrities Who Have Had Miscarriages