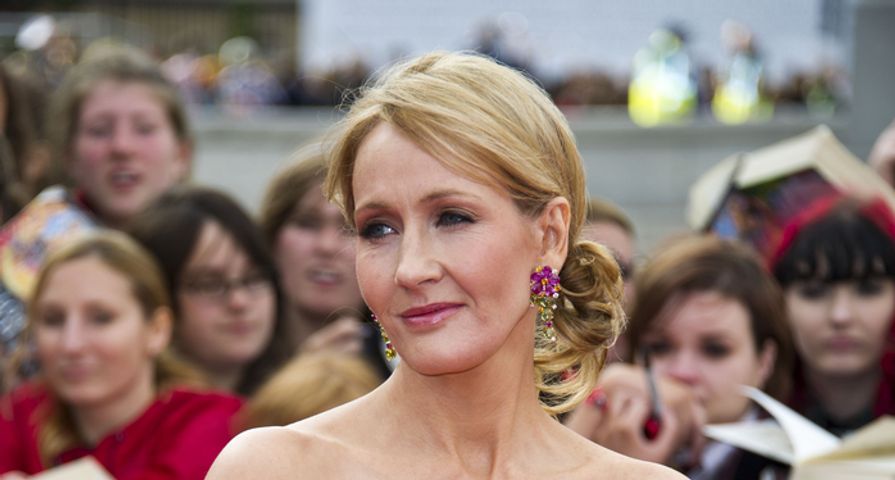 J.K. Rowling has no time for the haters.

Last December the cast for the upcoming play, Harry Potter and the Cursed Child, was announced, with Noma Dumezweni as an adult Hermione Granger. Some Harry Potter fans were vocal about decision to cast a black actress as Hermione, and argued the casting choice didn’t follow the original series.

Rowling has a message for these online complainers: “Hermione can be a black woman with my absolute blessing and enthusiasm.”

In a new interview published in The Observer, Rowling addressed the negative responses to the casting of Dumezweni. “I had a bunch of racists telling me that because Hermione ‘turned white’ – that is, lost color from her face after a shock – that she must be a white woman, which I have a great deal of difficulty with,” the author said. She also expressed her lack of surprise for such comments in the first place. “With my experience of social media, I thought that idiots were going to idiot. But what can you say? That’s the way the world is,” she stated. She added, “Noma was chosen because she was the best actress for the job.”

This is not Rowling’s first statement of support for the casting of Dumezweni in Harry Potter and the Cursed Child, which is scheduled to open in July in London. Shortly after the casting was revealed, Rowling reminded dissenting fans of Hermione’s description in the book. “Cannon: Brown eyes, frizzy hair and very clever. White skin was never specified. Rowling loves black Hermione.”